The following is courtesy of Bonnie Burke who shared the vignettes she wrote shortly after 9/11 about the firefighters from Ladder 118/Engine 205 who sacrificed their lives on that day. May our heroes never be forgotten. 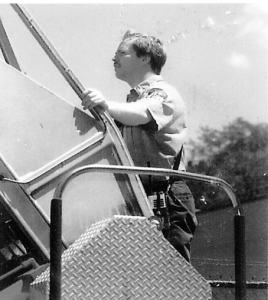 Captain Marty Egan, a 15-year veteran of the department, was only 36 years-old when he died and had recently been appointed to captain. “It’s not unknown for one so young to make captain, but still a rarity” said Tony Carbone, a fellow firefighter. Marty progressed so fast, according to Carbone, “because he was whole-heartedly a fireman and a student of the department. He was also one of the most talented guys we ever had in terms of his physical ability.”

What made Marty Egan such a great captain, according to firefighter Danny Lopez, was that “he was very bright, he had a great rapport with the guys, and he knew his stuff.” His men would follow him anywhere, Lopez continued, “because he wouldn’t ask them to do anything he wouldn’t do, and he would go first. If he was taking a probie (a probationary firefighter) into a dangerous situation, he’d have the probie hold onto the back of his jacket.”

“He was a very hands-on guy and he made it fun,” Lopez added. “There were daily verbal sparring sessions with Scott Davidson, affectionately known as ‘The Scott and Marty Show.’ He’d never pull rank on you like that. It wasn’t like dealing with a captain.”

Marty attended St. John’s University, but used to joke that he graduated from UCLA – that is, he grew up on University, corner of Lincoln Avenue in Staten Island. Marty never missed a St. Patrick’s Day parade. He left behind two children, Kerry (3 at the time) and Sean (4 at the time), and his wife Diane. On September 12, 2001, as Carbone was working rescue at ground zero, he spotted a message written in the dust on the marble wall of the World Financial Center that read “Marty Egan call home, your family loves you.” 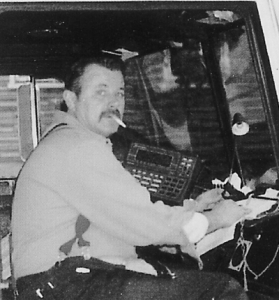 Lt. Bobby Wallace, months away from his 20th anniversary with the department on 9/11, was a true original. “He was an excellent fire officer,” John Sorrentino said. “You would trust him with your life.” Bobby was a joker, but “when it came time to get serious, he was as serious as they come,” said Jim McAlevey. Sitting around the firehouse kitchen, the men recalled how Wallace’s drills usually began. “Big fire, big hose; little fire, little hose; black smoke, bad; white smoke, a new pope.”

At the firehouse, Wallace was always full of high jinks. In the morning, he’d bring in pecan swirls (similar to Drake’s cakes) for breakfast for everyone as if they were a great culinary treat, recalled Danny Lopez. “Sometimes he’d put a little whipped cream on them and announce, ‘Presentation is everything!'”

Wallace left four children, Jeannine, Robert, Daniel, and Alex  (21, 19, 17 and 13 at the time). He was also in the process of reuniting with his wife and childhood sweetheart Nancy. Wallace was devoted to his kids, coming to work everyday with a list of things he had to do to care for them. He was constantly on the phone with them, making sure they were doing what they were supposed to do. When he was home, he was always cooking, enough for his brood and the neighbor’s kids too, since they were always over. 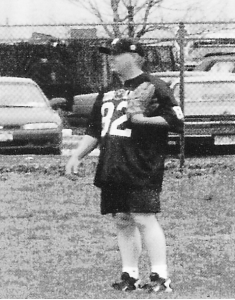 When Lt. Bobby Regan pulled an unconscious man out of a raging apartment fire on Clinton Street a couple of months before 9/11, he should have gotten a medal. But when Regan wrote up the report, he shared all the credit with his team. “The chief told him to rewrite the report so they could give him his award, but he never did it,” said John Sorrentino. “He was so unselfish and unassuming you could be deceived into thinking he wasn’t that skilled,” Tony Carbone said. Lt. Pat Abatangelo said he never knew Bobby had a civil engineering degree from Manhattan College. “A lot of us just don’t want the corporate world,” Abatangelo explained. “He was a great guy. We had eight officers with very distinct personalities here, yet we all meshed. We did whatever we had to do to run the ship smoothly, and had fun doing it.”

Bobby was a great family man too. His widow Donna said, “On 9/11, when he didn’t call home, I immediately knew he was missing. He always called home.” He talked about his daughter Caitlin (16 at the time) with great pride all the time. He and his son Brendan (12 at the time) shared a great love for New York sports and were rarely apart. 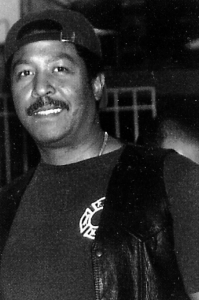 Vernon Cherry, a 28-year veteran firefighter, was the official singer for the Fire Department. If he had survived, he would have sang at every benefit and service that followed 9/11. He had started out singing as a child at “Showtime at the Apollo,” when he appeared on the same card as the Jackson 5 before they became famous.

When Vernon started with the department, he worked for some of the busiest companies in the city, first for Engine 283 in Brownsville, then for Engine 249 in Crown Heights. “He’d go to several fires a night,” Jimmy Mangracina said. “He’d tell us stories of people trapped or hanging out of windows. That was the job.”

As talented a firefighter and singer as he was, Vernon got his share of ribbing at the firehouse. “Vernon was famous for renting one video worse than the one before for us to watch, and he always said it was the greatest movie he’d ever seen,” said John Sorrentino. Vernon loved to collect junk too, to bring to the firehouse and his own home. “And no matter how far around the block his wife threw out that junk, he would find it and bring it back saying, ‘Look at this great thing I just found!'” 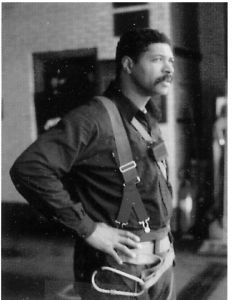 Leon Smith, a 19-year veteran of the department, had many nicknames – “Express” or “The Chauffeur” because he drove so fast; “Physical Lee” because he was built like a rock; and “Stone Hands” because he had huge hands. “At 6’5″, if ever a man was built to take on the Trade Towers…,” said John Sorrentino. He had the biggest heart too. “He’d come off a 24-hour shift, then go straight to help someone whose car was busted. He was the neighborhood mechanic,” said Jimmy Mangracina.

“Leon loved people,” his mom Irene Smith said. “His motto was ‘If I can help one person, my life will not have been in vain.'” She recalled that when he was only ten, he gave his coat to a friend who had none. “I have 3 coats,” he told her. As a child, Leon always knew he wanted to become a firefighter and his mom couldn’t keep him from hanging out at the local firehouse. In the year before 9/11, his mom had urged Vernon to retire, but he replied, “I have 3 girls to put through college. Maybe then I’ll think about it.”

Joseph Agnello, an 8-year veteran, distinguished himself in his first days at the department by ringing the wrong bells, hence earning the nickname “Joey Bells.” While the other guys at the firehouse were rambunctious, Joey was quiet and reserved, a “low-key, stay-at-home kind of guy,” recalled Tony Carbone. He was generous and willing to do anything to help someone. When he achieved his dream of buying a beach house in the Rockaways, he always made it available to any of his fellow firefighters.

At the firehouse, Joey spent every spare moment studying for the very technical lieutenant’s exam so that he could provide better for his family. He had received a commendation for meritorious service and was soon to be promoted, but he had planned on taking the exam again to improve his score. “He never sat still,” Carbone said. ” He was one of the best students we had and there was no doubt in my mind that he was going further.”

Joey left behind his wife, VinnieCarla Agnello, and sons Salvatore and Vincent (3 and 1 at the time). Also, his two boxers, Chelsea and Durante, that he loved so much, he kept a map of hotels that accepted dogs for whenever the family traveled. 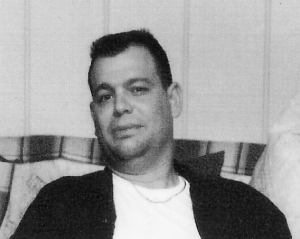 No matter how dire a situation or somber an occasion, Scott Davidson, 7-year veteran, could be counted on to say something completely unexpected and hilarious to break the tension and lift everyone’s spirits. Descriptions of Scott’s humor range from “unprintable” to “off the wall” to “he was into shock value,” but all agreed it always took you by surprise and was absolutely hysterical. Scott had a knack for speaking the unspeakable. When an official came and launched into a mind-numbing speech, Davidson would speak right up decorously thanking the official for taking the time to come by and pay them a visit.

Scott had a million friends and when he started at Ladder 118, many chiefs and officers called saying, “Please look out for my buddy.” At the memorial for the lost heroes, John Sorrentino eulogized Scott and said, “Scott had big cajones. What he didn’t have was his own clothes. Nothing. Nada. Zip. His goal was to complete his career without ever going to the quartermaster store. He wore Leon’s clothes. Once he avoided Kevin for three weeks because he was wearing Kevin’s new boots.” Sorrentino joked that in heaven, Scott would be wearing Leon’s halo.

According to his fellow firefighters, Peter Vega was passionate about everything. “He was a voracious reader of all kinds of subjects,” said George Clancy. He was also known for leading long, animated debates at the firehouse. Pete had also served in the Air Force and seen the world before joining the department. But at the top of his passions were family and firefighting.

Pete met his wife Regan Grice-Vega, a teacher at PS 372 on Carroll St., at a neighborhood bar. It didn’t take long for him to realize she was the one and propose to her via the scoreboard at a Knicks game with the words, “Regan, I love you madly. Will you marry me?” They had a 13-month-old daughter, Ruby, when Pete died a hero. “The thing that always struck me about Pete was how dedicated he was to his family,” said Jim McAlevey. “He used to ask me to come in early so that he could be sure to get home to take care of Ruby and let Regan get to work. Ruby is beautiful and looks just like her dad.” According to Regan, Ruby also loved to dance like her dad and would put out her arms whenever she saw a handsome firefighter with a moustache.

Note: Bonnie’s vignettes were condensed and lightly edited from their original versions. All photos (except the lead photo: by Mary Kim) accompanied the original published versions.