Goodbye, Atlantic Fruit and Vegetable? Also 192 Montague, AKA 200 Montague, to be Razed for Residential?

For some years now my wife and I have patronized Atlantic Fruit and Vegetable, at 181 Atlantic Avenue, a few doors west of Sahadi’s, for fresh produce at reasonable prices. It appears this may be coming to an end soon. According to Brooklyn Community Board 2, the agenda for its Land Use Committee meeting to be held at 6:00 PM tomorrow, Wednesday, February 20 at NYU Tandon School of Engineering, Dibner Building, Room LC400, 5 Metrotech Center (on the north side of the Metrotech Commons) includes this item: 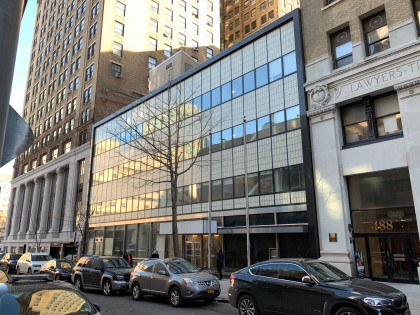 We earlier noted that a demolition permit had been filed for the four story commercial building at 192 Montague Street (photo above), sometimes known as 200 Montague, but that no plans had been filed for its replacement. Now on the Land Use Committee’s agenda for tomorrow is the following:

Whatever action is taken by the Land Use Committee tomorrow, these applications will be further considered by the Executive Committee at its meeting to be held at 6:00 pm, Monday, February 25, 2019 at the CB2 District Office, 350 Jay Street, 8th Floor (across from Metrotech).