By brooklynheightsblog on September 22, 2014 8:58 pm in Brooklyn Heights, Education

In a midday panel discussion held Monday at St. Francis Brooklyn’s Maroney Forum for Arts, Culture & Education, some of the biggest names in New York City digital media gathered to talk about the risks and rewards of running Internet-based news organizations.

New York’s New Digital Media—organized by St. Francis Scholar in Residence Fred Siegel who is also a Senior Fellow at the Manhattan Institute—was moderated by Ben Smith, Editor-in-Chief, BuzzFeed, whom the New York Times recently profiled as one the most politically connected bloggers in the country. 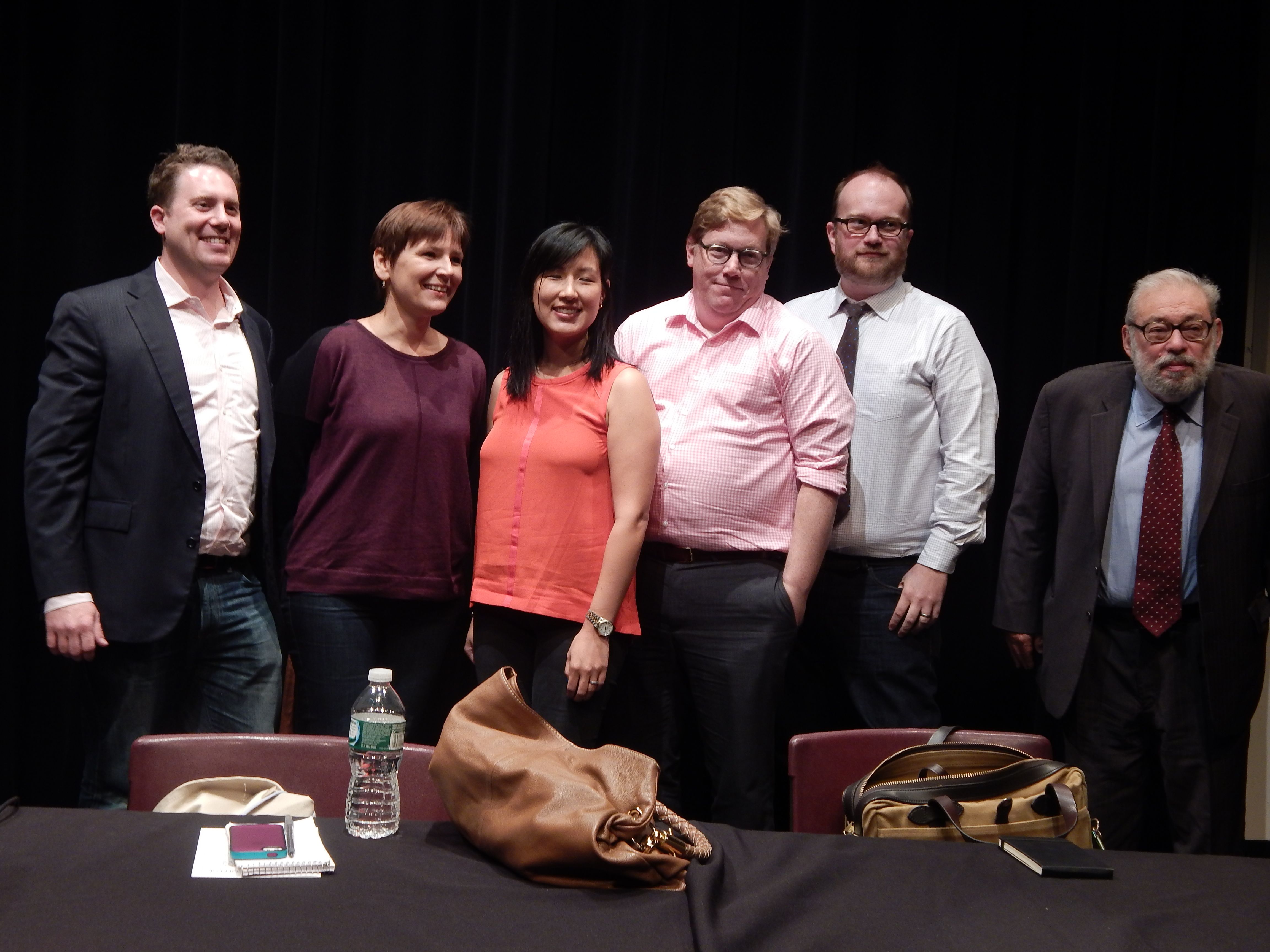 With topics ranging from what defines local media (hint: it’s not merely posts about your local bagel shop) to large news outlets collapsing coverage of neighborhood stories, to the overlap between the blogsphere and traditional media, Smith and his internet colleagues justified why their brand of hyper-local news coverage is sustainable despite relatively small budgets.

Ms. Chung defined her Gothamists’ focus on local issues as a reaction to the realization that she didn’t know who her local city council member was.

For Mr. Ventura, who has significant print media experience, because of the decline of advertizing, local newspapers rarely offer timely investigative reporting on local issues. Mr. Siegel then brought up coverage of the now discredited tenure of former Brooklyn D.A. Joe Hynes, whose numerous judgements dating back to 1987 are only now under review as a result of investigations of alleged misconduct by former NYPD Detective Louis Scarcella. Mr. Smith quipped that it only took traditional media 27 years to cover this story.

According to Ms. Zagare, by choosing to focus on hyper-local issues, community activism becomes an inherent component of her company’s mission. Corner Media is able to highlight important quality of life issues, including crime, that are crucial to everyday life in local neighborhoods.

But, said DNAinfo’s Ventura, there are risks when news is too local: “You don’t want [a feature] that pops up and says ‘Hey there’s a triple homicide right around the corner from you.'”

With competition fierce for precious page views and ever-scarcer advertising dollars, all the panelists agreed that it’s challenging to measure success. Chung said that Gothamist’s page views are crucial to its robust advertising revenue, and a common concern was the lack of credit bestowed on Internet-based media by well-established news organizations who routinely steal stories without attribution. Mr. Ventura lamented that “old media is always trying to rip us off.”