The Sights that can be Seen from Brooklyn Heights

This morning I set out early for my walk along the Promenade down to Pier 1 and back. The combination of low, scudding clouds and a sun still low to the eastern horizon created some interesting lighting effects on lower Manhattan buildings. In the photo above (more photos and text after the jump) the top of the still-under-construction One World Trade Center is shrouded by clouds, but the lower part of the building reflects bright sunlight, as does Eight Spruce Street/”New York by Gehry” to the right. 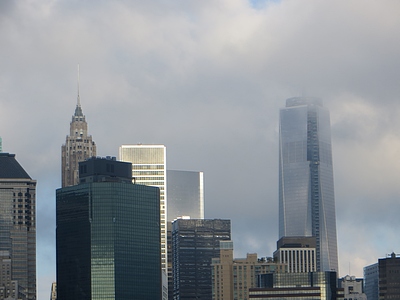 In this photo, Gordon Bunshaft’s 1961 One Chase Manhattan Plaza is bathed in light, as is the beveled edge of the almost completed Four World Trade Center. 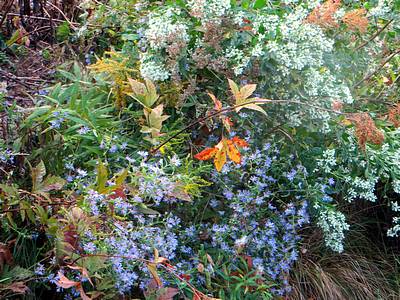 On Pier 1, Brooklyn Bridge Park, a bit of early autumn color amid some late season blooms. 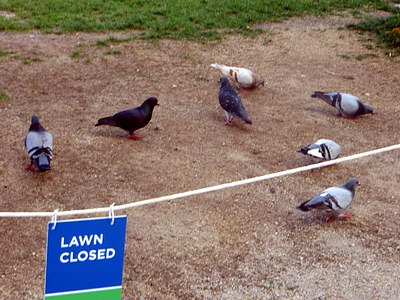 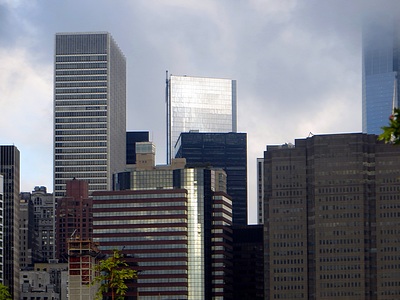 Now it’s the turn of Four World Trade Center to get the full effect of the sun. Fumihiko Maki is said to have designed this building to be as nearly “invisible” as possible, in order not to draw attention from One World Trade Center. In the bright morning sunlight, though, it’s hard to hide. 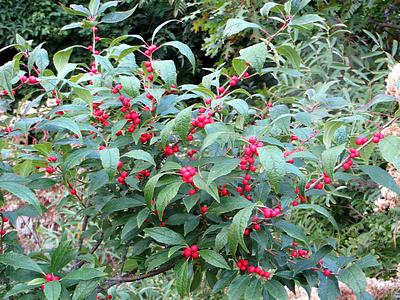 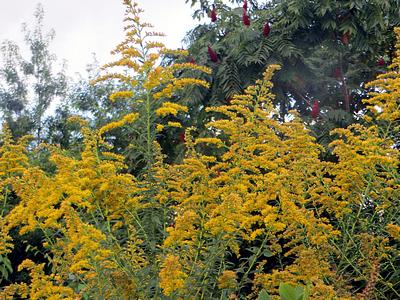 Been sneezing much lately? Goldenrod on Pier 1. 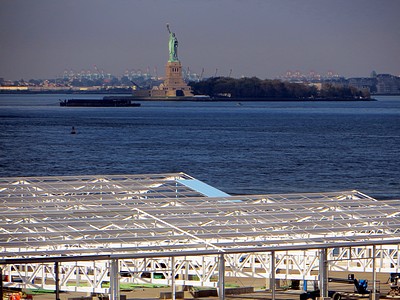 Back up on the Promenade, I saw the play of the sun on Pier 2, under construction, and on the Statue of Liberty beyond. 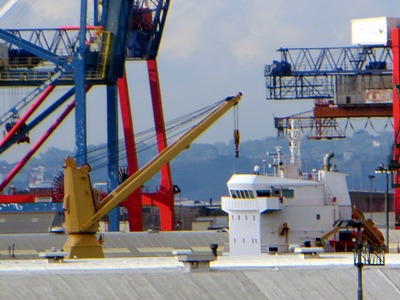 The superstructure and a deck crane of a small cargo ship moored at the Red Hook Container Port could be seen from the Promenade. 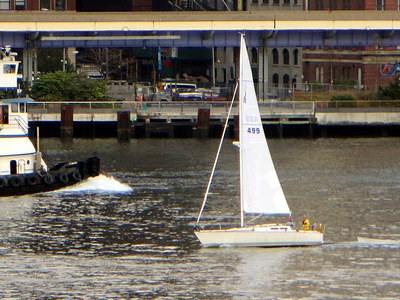 A small sloop sailed out of the East River as the tug St. Andrews motored in.