That’s a fearsome looking cicada-killer wasp peering over the edge of a flower stalk in Brooklyn Bridge Park this morning. I saw it while on the Birds, Bugs, Bees tour offered by the Brooklyn Bridge Park Conservancy. Although skies were gray and some desultory rain was falling, I put on my slicker and walked down to the entrance to Pier 1, where I found a surprisingly large–given the weather–group of people, mostly parents with kids, gathered for the tour. We were greeted by our guide, Julie Feinstein, author of the Field Guide to Urban Wildlife, who gave a short introductory talk about some entomological basics: flies have two wings, while bees and wasps have four. All bugs are insects, but not all insects are bugs. Beetles (including ladybugs, which aren’t bugs) have hard outer coverings over their wings that divide down the center of the back. Bugs have overlapping wings. She asked if anyone knew how many kinds of insects there are. A young lad named Theo offered, “Five million.” “Very good!” said Julie. Entomologists have classified about 500,000 species, but believe there are likely ten times more. 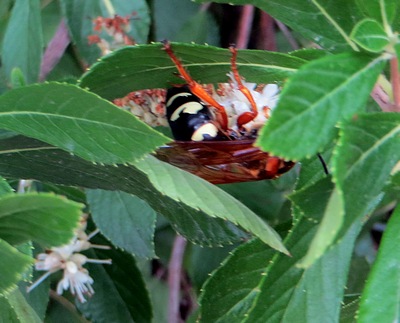 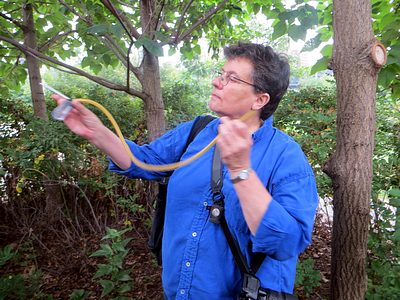 This is Julie demonstrating the use of an entomologist’s collecting jar, which she had just used to catch a leafhopper. You point the nozzle at the insect, and suck hard on the tube, which draws the insect into the jar. A diaphragm prevents the insect from leaving the jar into the tube and eventually to your mouth. 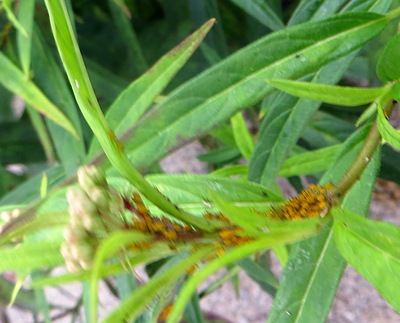 The smallest insects we saw today were these aphids, which gather on plants to suck out fluids. 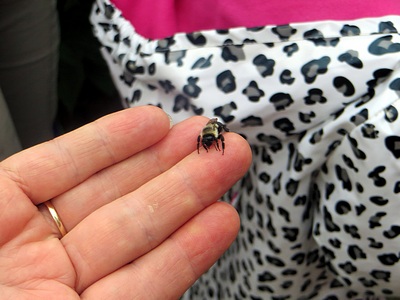 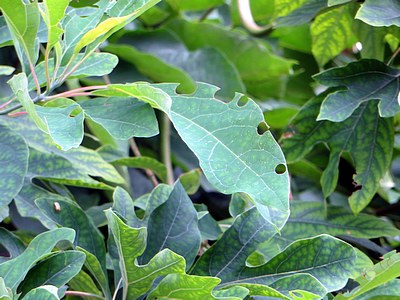 Julie said the holes in these leaves were probably made by leafcutting bees. The bees don’t eat the leaves; they use the pieces to make their nests. 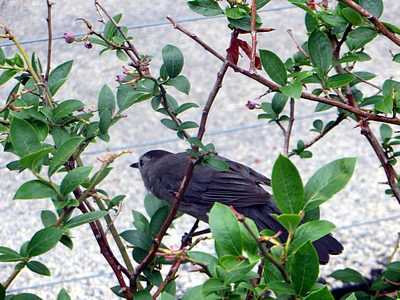 While birds were on the billing for the tour, we didn’t see many. On my way out of the park after the tour, though, I once again saw my old friend the gray catbird. 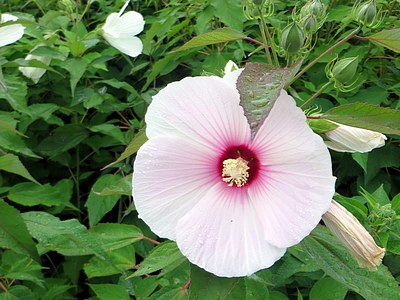 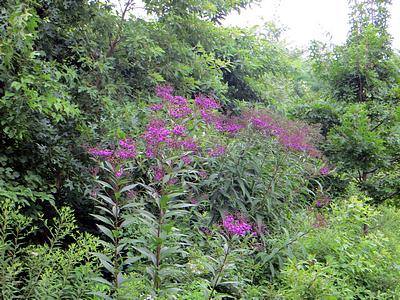 …and this spray of purple flowers.