According to Mashable, AT&T and solar energy equipment manufacturer Goal Zero have cooperated to provide solar powered charging stations for cell phones, smart phones, tablets, and other hand-held electronics free for public use at locations throughout New York City, including, according to AT&T’s press release, Pier 1 at Brooklyn Bridge Park. The chargers at Pier 1 were scheduled to be installed today (June 18), along with ones on Governors Island. Later installations will be made at Metrotech Plaza, the DUMBO Arts Festival, and the Brooklyn Book Festival. The last two will presumably be in place only for the duration of the events, but the others are to remain through October. A complete list of locations is here. 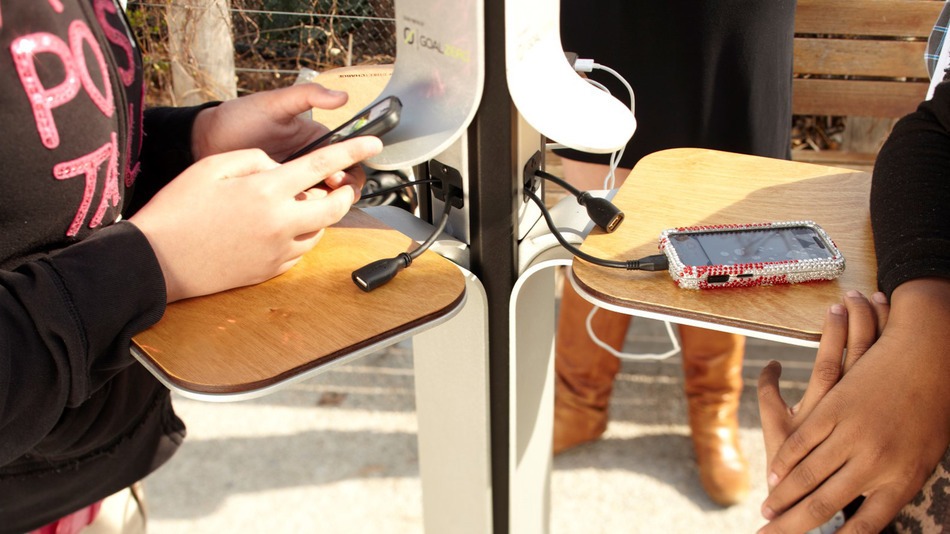 Here’s a close-up of what the chargers will look like. Mashable:

The chargers include six USB connectors: 30-pin and Lightning plug for iPhones and iPads, and micro-USB for Android and Windows phones. They are powered by three 15-watt solar panels and a 168 watt-hour battery, which is enough to keep the chargers running for several days without exposure to the sun.

The charging stations were designed by Brooklyn’s Pensa.