A few desultory raindrops weren’t enough to dampen the spirits of those who attended yesterday’s Willowtown Spring Fair (though some of these photos may be slightly blurry because one of those raindrops found your correspondent’s camera’s lens). City Council Member Stephen Levin and his Chief of Staff Ashley Thompson were on the winning tug-of-war team. 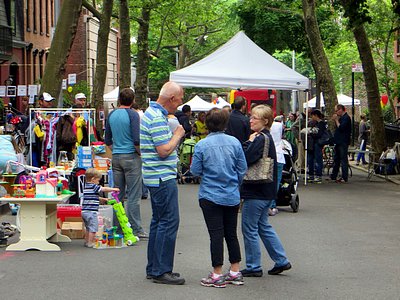 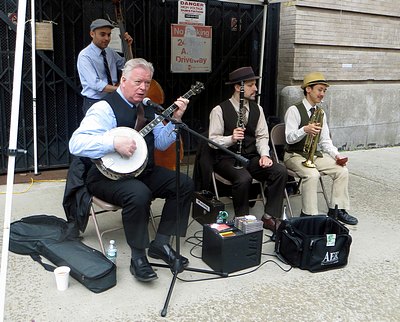 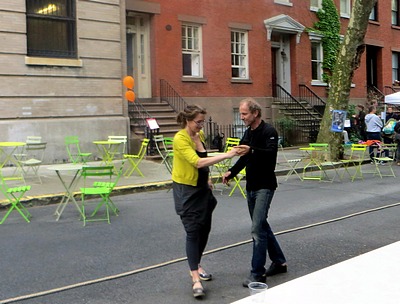 The music was hot enough to inspire dancing in the street. 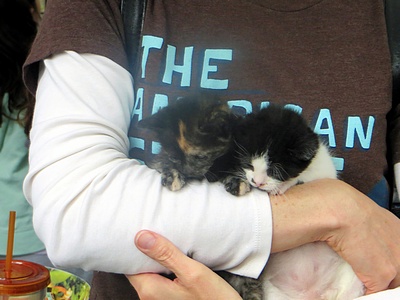 Some kittens found homes, thanks to the Brooklyn Bridge Animal Welfare Coalition.

Plenty of kids were there to enjoy the bouncy castle and other attractions, and to cuddle the kittens (and beg parents to adopt them). Iris Cafe’s Takeaway sold sausage and slider sandwiches, and there were good wines to taste thanks to Waterfront Wines & Spirits