On the eve of Friday’s official dedication of the Adam Yauch Park—which up to now has been known as Palmetto Playground—the national media is aflame with coverage of the renaming. 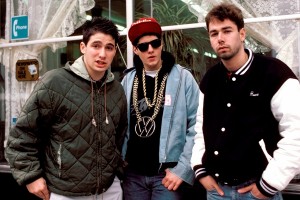 Yauch grew up in Brooklyn Heights on State Street before achieving fame as a member of the Beastie Boys. The musician, filmmaker and activist died of cancer May 4, 2012 at the age of 47.

The idea of a park’s rededication was first floated by “She’s Crafty” on the Brooklyn Heights Blog last May. BHB founder Homer Fink established a Facebook page, which quickly fostered support from the Heights community.

The dedication ceremony is set for Friday at 11 a.m., and will be attended by Beastie Boy Adam 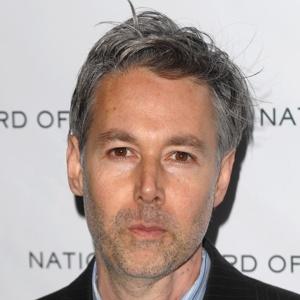 According to the NYC Parks Department, Adam Yauch Park features both full and half basketball courts (fitting for the lifelong hoops fan), a community garden, greenhouse, fitness area and dog run. The Department notes: “A pioneer in the worlds of music, social activism and film, Yauch was not only a founding 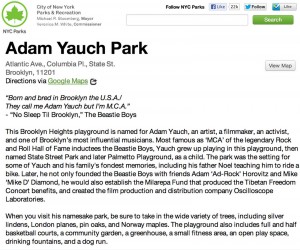 member of the Beastie Boys, but also established the Milrepa Fund that produced the Tibetan Freedom Concert benefits, and created the film-production and distribution company Oscilloscope Laboratories.”

An online search for Palmetto Park on the NYC Department of Parks website already has it retitled as Adam Yauch Park.

Beastie Boy emcee Adam “MCA” Yauch inspired generations of music lovers to fight—either for their right to party or for the rights of Tibetans. In return for his years of

activism and music, fans fought for the right to name a Brooklyn playground after him.

Tomorrow, Beastie Boys Adam “Ad-Rock” Horovitz and Michael “Mike D” Diamond are expected to join (a host of others) to honor Yauch, by renaming the Palmetto Playground on Brooklyn’s State Street as the “Adam Yauch Playground.”

Yauch was a Brooklyn native who grew up on State Street. Initially reports surfaced that fellow Beastie Boy Ad-Rock was working with the NYC Parks Department to christen State Street 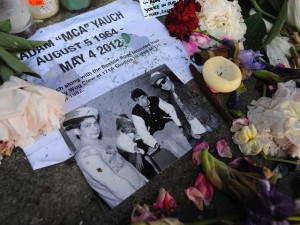 Park basketball courts (where Yauch used to hang out) for the late rapper. The movement to rename the park grew, with fans getting onboard with the plan thanks to a post on the Brooklyn Heights Blog that gained steam on Facebook, with efforts shifting to the adjacent Palmetto Playground.

Yauch died from throat cancer a year ago this Saturday at the age of 47, only weeks after the Beastie Boys were inducted into the Rock and Roll Hall of Fame.

Adam Yauch, best known as “MCA” of rap pioneers Beastie Boys, was a major figure not only in popular music, but also in the city of New York, specifically the borough of Brooklyn where he grew up.

On Friday, the city of New York will recognize both Yauch’s legacy and his connection to Brooklyn by renaming Palmetto Playground on State Street, the street on which Yauch grew up in 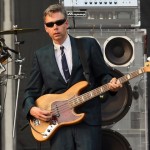 Brooklyn Heights, the Adam Yauch Playground. It was this playground, which has recently been restored, that Yauch learned to ride a bike and played basketball in when he was young. His family still resides in the area.

The push to honor Yauch dates back a year ago, around his death on May 4, 2012, following a battle with throat cancer, says New York City Council member Stephen Levin, who represents the city’s 33rd District where the park is located. “Not long after the passing of Mr. Yauch, there began to be a movement within the community to properly recognize his contributions to Brooklyn Heights and to the city as a whole,” Levin told Radio.com.

Initially, Squibb Park, now an access point to Brooklyn Bridge Park, was considered but the park was already named for Dr. Edward Robinson Squibb, founder of Squibb Pharmaceuticals that 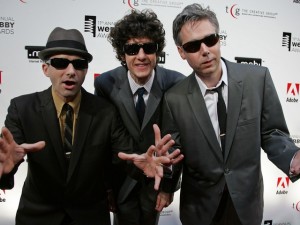 later became part of Bristol-Myers Squibb. So as to not upset the family of Dr. Squibb, who established his first laboratory nearby, a different park was considered. The search zeroed in on Palmetto Playground.

“So we started to explore other options and this wonderful playground that’s on the street Adam grew up on, Palmetto, that idea kind of came to the forefront,” Levin said. The park, located in the southwest tip of Brooklyn Heights, was a choice option not just because of its proximity to Yauch’s childhood home. “That name, Palmetto, is not tied to any historical relatives to the playground itself; it’s a reference to the state of South Carolina [the Palmetto State],” Levin said. “It was something developed by former Parks Commissioner Henry Stern back in the ’90s where there were various aspects of Brooklyn Heights that correlated to the state of South Carolina.”

Once the location was chosen, it was all “smooth sailing,” says Levin, who added that there was immediate support from the New York City Parks Department and from the Brooklyn Heights community. The decision to rename that particular playground might have been easy, but the decision to honor MCA with such a tribute was even easier.

“There’s no question that he represents in so many ways Brooklyn and New York, certainly for the generation I grew up in and others,” New York State Senator Daniel Squadron, who represents the area, told Radio.com. “The renaming of a playground that hopefully generations who really understand the feel and the importance that Yauch communicated to a wide audience, to the city and beyond, is really important.”

Sen. Squadron, a lifelong Beastie Boys fan, introduced a resolution last year honoring Yauch on the Senate floor. In the remembrance, Squadron’s resolution noted that the “Beastie Boys exemplified New York through a period in which grassroots creativity and a community of iconoclastic artists helped redefine and rejuvenate a city on the ropes, with iconic imagery from Brooklyn to Ludlow Street.”

Beastie Boys fans fought for the right to rename a Brooklyn Heights playground after the group’s late founding member Adam “MCA” Yauch—and won. City officials and members of the legendary hip-hop band are expected to gather Friday at Palmetto Playground on State Street for a ceremonial renaming in honor of the Brooklyn Heights native. The site will be called “Adam Yauch Playground.”

The movement to rename the park grew out of a post last year on the Brooklyn Heights Blog that gained steam on Facebook. At first, fans pushed to have nearby Squibb Park renamed in Yauch’s honor, but Brooklyn Heights residents said such a name change would dishonor pharmaceutical giant Edward Robinson Squibb. Squibb opened his first lab where Squibb Park now sits at Middagh Street. Fans then pushed for the renaming of Palmetto Playground and were met with little opposition.

According to the Parks Department’s web site, Palmetto Playground’s nomenclature has little to do with Brooklyn and stretches all the way to South Carolina. “It was inspired by the names of the surrounding streets: Atlantic Avenue, Columbia Place, and State Street,” the web site says. “Columbia is the capitol of South Carolina, an Atlantic state, and the state tree is the Cabbage Palmetto, hence, Palmetto Playground.”

The late Beastie Boy Adam “MCA” Yauch’s name will soon be etched on a NYC Parks sign in the neighborhood he called home. The park’s new name will be “Adam Yauch Playground,” according to the Brooklyn Heights Blog.

“Excellent news!” wrote local resident Todd Simmons. “Well deserved honor for the late great Yauch.” A movement to rename the park gained steam in May of 2012 after Yauch died of throat cancer at age 47.

Yauch supporters originally wanted Squibb Park named for the famous Beastie Boy but felt the nearby Palmetto Playground, where Yauch often played as a child, was a more suitable choice. Yauch was fond of touting his Brooklyn cred over the course of his career.