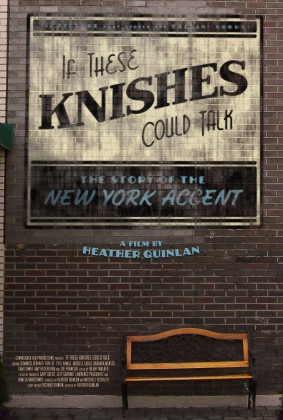 Forgive a bit of self-promotion, but here I go— If These Knishes Could Talk, my film about the New York accent, will be premiering at the Art of Brooklyn Film Festival at St Francis College, May 16th at 7 p.m. The film features the New York accent in the five boroughs and New Orleans, in sign language, and on Twitter; and then there’s also Penny Marshall and Joe Franklin. (Yes, he’s still alive.)

Ticket information is here; the code AOBFF13KNISHES will get you $2 off the price. You all have been wonderful throughout my years working on the film, from standing on Clark and Henry with my sign, to being on TV with Homer and Karl, to the screening of the short version last year at Brooklyn Heights Cinema. So I hope you all can make it and enjoy!

If These Knishes Could Talk, new york accent