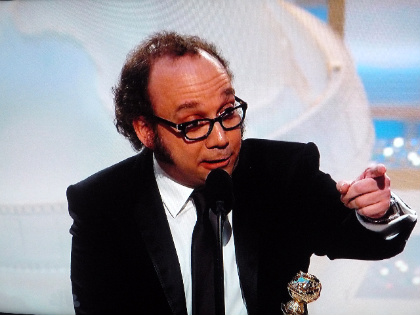 .  The HBO drama recently moved its production to New York City and is scheduled to begin its second season later this year.  Byrne was not present to accept his award.

And the nabe’s Paul Giamatti

. He’d been nominated 3 times before, this is his first win.  In addition to thanking his fellow cast members including Tom Wilkinson (“he got me back smoking”), Giamatti thanked the citizens of Hungary where the series was filmed.

Giamatti co-stars with Julia Roberts and Wilkinson in Duplicity opening this March.  Trailer after the jump.