By Chuck Taylor on March 27, 2013 6:30 am in Architecture, Brooklyn Heights, Development, Streets

In February, BHB bid a final farewell to Brooklyn Heights’ long-lived Eammon’s In Brooklyn and the Hallmark store next door, as demo began on the buildings at 172-174 Montague Street.

We were able to catch a glance inside the now-leveled grounds earlier this month as the gates opened momentarily, revealing the future site of the planned highrise condo development that will replace the now-decimated humble two-story building. The 8,150-square-foot property sold in June 2012 for $12 million.

The building has a C5-2/DB zoning designation, giving it air rights of up to 60,000 square feet, since it does not fall within the Brooklyn Heights Landmark District and is not subject to its 50-foot height limit. (CT) 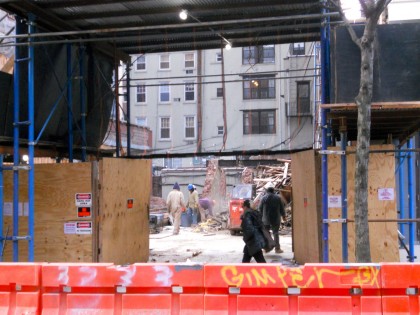 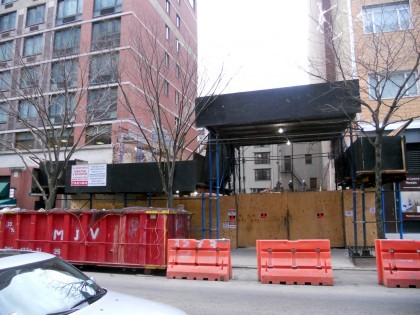 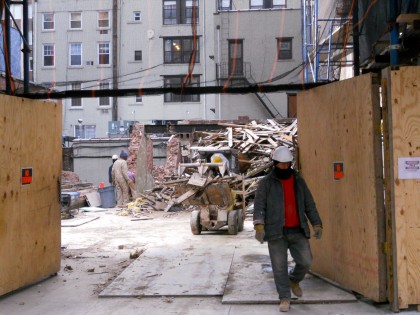