Up Up & Away: Hallmark Store Demo Begins For Montague Street Condo Highrise

Seven months after Irish pub & restaurant Eamonn’s In Brooklyn and the Hallmark store next door at 172-174 Montague Street were shut down, gutting has begun on the two-story commercial building for what is destined to be a highrise condo development. Workers were hauling away a mass of mess inside Hallmark on Monday; Eamonn’s meanwhile, so far remains locked tight.

The 8,150-square-foot property sold in June 2012 for $12 million. The building has a C5-2/DB zoning designation, giving it air rights of up to 60,000 square feet, since it does not fall within the Brooklyn Heights Landmark District and is not subject to its 50-foot height limit.

As Heightsters well know, the Hallmark store is the site of gruesome local lore. In 2003, 37-year-old co-owner Barry Curwin killed himself with a handgun inside the store, which first opened in 1991. 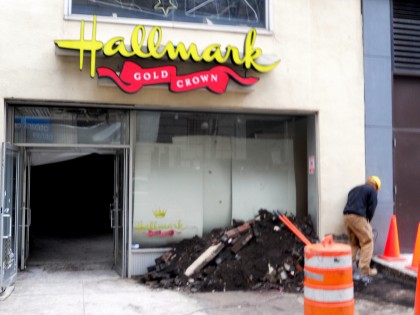 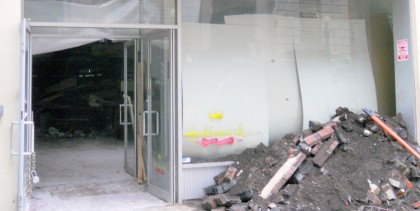 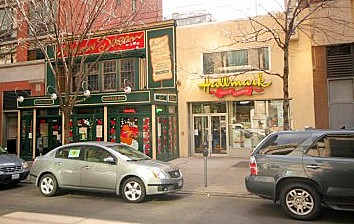