Spring has sprung and it’s time to exercise your funny bone. Come out tonight to catch up with The Brooklyn Heights Comedy Nights! To give you some more insight into what this group has to offer I caught up with the group’s founder and Brooklyn Heights resident Shelly Colman.

1) What inspired you to start this group?

I wanted a place to perform on a regular basis. NYC has lots of small clubs and bars as well as the big, established comedy clubs like Caroline’s on Broadway and The Comic Strip. Nonetheless it’s hard for non-famous comedians to find places to perform that don’t require them to bring their own audience or, in some cases, pay for stage time. I never liked that. I’ve been a performer long enough to know that the best way to get an opportunity is to make it yourself so I figured I’d produce a show and hire myself as the host. And I knew plenty of really funny people in this area so I knew there’d be no problem finding talent to fill out a monthly show.

2) How long have you been a performer?
I’ve been a performer of one sort or another since high school. I took ballet classes as a kid, majored in theater in college, did lots of off- and off-off-broadway plays and some regional theater, then got into radio and voice-over. In the midst of all that I’ve dabbled in comedy and finally got “serious” about it about 5 years ago. 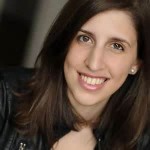 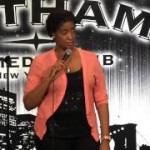 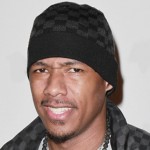 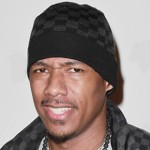 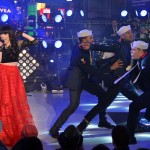 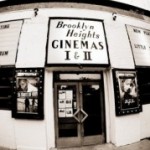 3) Which comedians would you say the tone of the show is of the performers- more like Ellen or Chelsea Handler? And what would be the age appropriateness?
The comedians range from Ellen-ish to Chelsea-ish to Wanda Sykes-ish. It’s a mixed group (including one guy) this month. A mature 16 or 17 year old would probably be okay, but to be safe I’ll stick with 18 and over.

4) Could you tell us a little about the experience of the performers?
Sure. All of us are the classic “struggling comedians.” None have hit the bigtime yet, so you’ll get to say you saw them first.

Sarah Maywalt has been performing in smaller venues in the city for about 6 years and has been drawing comic strips for 10. She has a large internet following on Facebook, YouNow, Twitter and her own website (www.sarahmaywalt.com).

Angela Cobb has performed at various clubs in NYC as well. She was also featured in the first annual Stand-Up 360 Comedy Festival. She currently co-hosts and co-produces a monthly show on Manhattan’s upper east side called “Fun Size and Venti Present…”

Dean Masello is an Ohio native who came to NYC to be a lawyer, or that’s what he told himself. He was a finalist in both the 2009 Funny Bone Talent Search and the Funniest Person in Cincinnati contest, and has been heard on KISS-FM in Chicago

Chloe Hilliard has been a culture/entertainment journalist for the last 10 years, writing for The Village Voice, Essence, Vibe, King, and The Source. In addition to hitting the bar show circuit in the city she has performed at The Laugh Lounge and Gotham Comedy.

5) How did you come to use Brooklyn Heights Cinema as a venue?
It was Kismet. When I moved into Brooklyn Heights last spring I started reading as much as I could about what was going on in the neighborhood and I came across an article about the Cinema and its new owner, Kenn Lowy. In it he mentioned that he wanted to create a mixed performance space with music and, ideally, comedy. I had wanted to start a show using mostly local talent (of which there is plenty) and it seemed like a good fit. I introduced myself one afternoon, we started chatting, he checked me out online (of course) and last August we started Brooklyn Heights Comedy Nights on the third Wednesday of every month.

“Us And Them” Stops Traffic
Subway Service Alerts: Weekend and the Following Week