One Brooklyn Bridge Park Triplex Penthouse Back On The Market: $5.5M

A 4,638 square foot Triplex Penthouse on the 14th floor of One Brooklyn Bridge Park is back on the market with a new price tag: $5.5 million. The unit has been listed, delisted and relisted several times since 2007, MNS broker Penelope Stipanovich tells the New York Observer.

The 3 bedroom, 3.5 bath unit at 360 Furman Street also offers a 1,000sf private roof terrace, central AC and—perhaps most exciting—a kitchen sink disposal! It was previously going for $7.25 million. The MNS listing describes the property as such…

The penthouse at One Brooklyn Bridge Park is one of the most spectacular apartments in all of New York City. Step off your private elevator and enjoy 360 degree views of the Brooklyn & Verrazano Bridges, Manhattan skyline, New York Harbor & the Statue of Liberty. Entertain al fresco from a private 1,000 square foot roof deck.

The chef’s kitchen is complete with a Bosch cooktop, double ovens, and dishwasher. It also has a vented hood plus garbage disposal and Sub Zero refrigerator. The windowed, en suite master bath includes a Duravit soaking tub, stall shower, double vanity and Toto toilet. This truly spectacular home has oak flooring throughout, a separate laundry room with Asko washer/dryer, and closets that go on for days.

To date, 90% of the building’s units are sold, “with prices steadily increasing, almost back to the original offering prices,” Stipanovich says.

The Observer adds: “Though the penthouse has been in search of a buyer for over half a decade, it has not sat vacant. It was taken off the market at one point when it played host to a number of reality competitions, including Bravo’s Top Chef All-Stars and HGTV’s Design Star.” 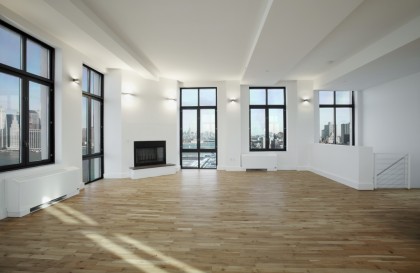 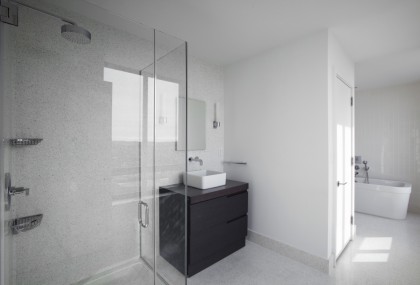 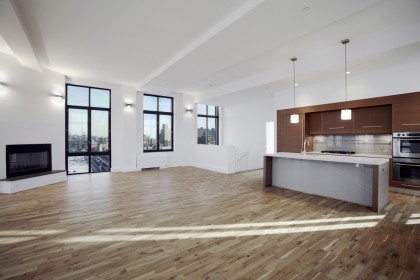