In the coming months, the Downtown BK Partnership says it will be dressed with greenery, seating and public programming.

In 2006, the DOT determined that the two-block stretch between Adams and Pearl Streets and along the Adams Street Service Road leading to the Marriott Hotel was mainly used as an illegal parking lot for police and court officer cars, and deemed it worthy of becoming a capital improvement project. 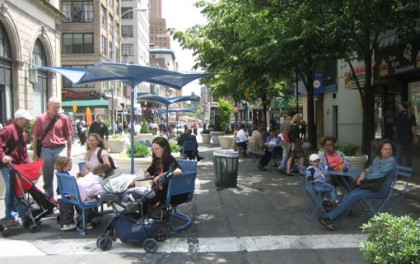