While we certainly had a good fright Monday, compared to so many other areas, Brooklyn Heights was relatively unscathed by Hurricane Sandy’s wicked wrath. It is Halloween, so best wishes to all for a safe holiday. Photo from 140 Remsen Street. P.S. As previously announced, the West Village Halloween Parade has been postponed for the first time in 39 years. Mayor Bloomberg says it may be rescheduled next week. (CT) 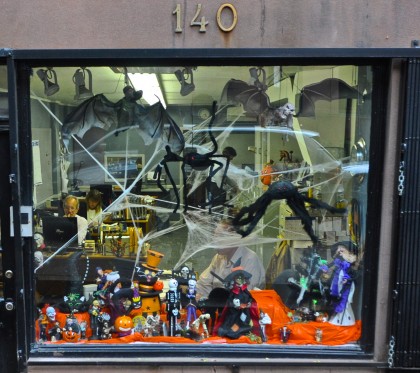