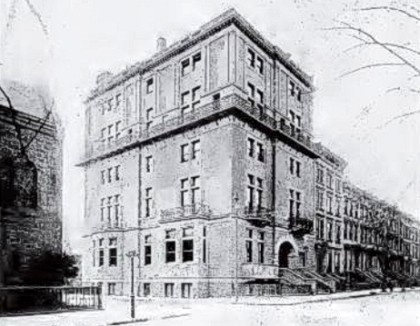 The well-heeled Gloucester family, who lived and worked in Brooklyn during the second half of the 19th Century, is intimately profiled on Brownstoner. The Rev. James and his wife Elizabeth, for one, operated a successful upscale boarding house on the corner of Remsen and Clinton Streets in Brooklyn Heights, known as Remsen House (and subsequently The Hamilton Club). Read more here.