The small barber shop inside the Clark St. station has been patronized by many famous customers throughout its long, rich history.

The Cutting Den is now owned by Tommy LaMarca, a Brooklyn native, whose grandfather originally opened the shop in 1926. Rocco Scali has worked at the cutting den since 1958. He found the barber position through an agency after emigrating from Southern Italy at the age of 18. 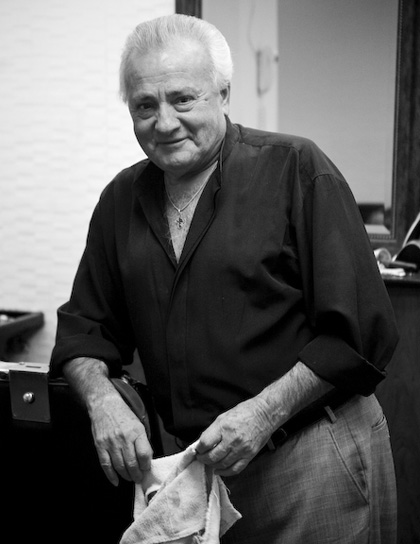 One of the shop’s most famous customers was author Truman Capote. Mr. Capote came to the shop in the early 1960’s. He would stop in several times a week after swimming in the St. George Pool. Rocky describes him as “a gentleman”, and recalls Mr. Capote coming to get his hair cut just before leaving for Kansas to interview for his novel “In Cold Blood”. 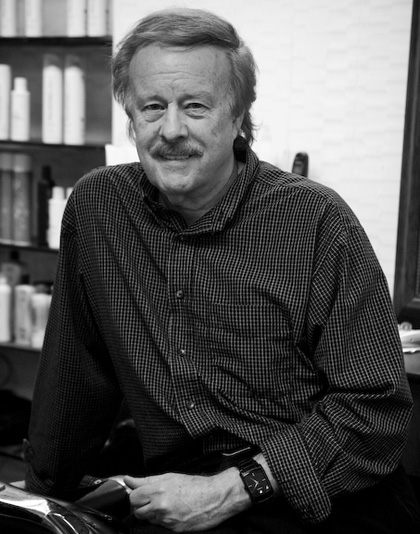 Don’t expect to hear secrets of the rich and famous from either Rocco or Tommy. They are happy to tell you who has been in the shop, show you old pictures, and give you a straight blade shave and warm towel, but as Rocco put it “If I told everything, one of two things would happen. I would be killed or put in jail”. He did however promise that if he were ever on his death bed, and knew for certain he didn’t have more than a week to live, he would tell me everything, and the book I wrote would be a best seller. I have no doubt of that.

Natalie Brasington is a photographer living in Brooklyn.  She’ll be photographing and profiling colorful Brooklyn Heights residents here each month.

Top photo: Evan Kaplan (left) gets a haircut in the 70s at The Cutting Den.

Tragic Loss on Promenade
Filming on Cranberry and Willow Monday