By Homer Fink on November 11, 2006 11:09 am in Arts and Entertainment, Celebrity Residents, History 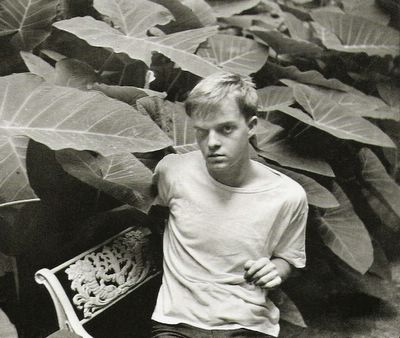 The Private World of Truman Capote auction, held Thursday at Bonhams' on Madison Avenue and beamed to Los Angeles and San Francisco, pulled in $242,000 for sponsor Joanna Carson's charity work on behalf of canine epilepsy and greyhound rescue. Capote lived with Carson in her Los Angeles home for the last decade of t his life. The author and former Brooklyn Heights resident left many of his possessions to Carson after his death in 1984.

Capote's personal copy of In Cold Blood sold for $7,000, more than 4 times its estimated sale price.

Not every item up for bids sold, an unfinished manuscript written the day before he died, about Capote meeting the writer Willa Cather in his youth, was withdrawn from bidding at $14K less than half of the presale estimate.