The Brooklyn Heights Public Library at 280 Cadman Plaza West & Tillary Street was full of book-smart promise when it opened May 31, 1962, offering modern technology and a streamlined system for checking out 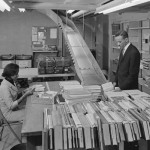 and returning books. The series of pics (below), taken in February 1966, in fact, reveal a clever conveyor belt that sent books from the main-level chute to the lower floor, where they were processed to return to the shelves. Pretty neato.

In all, the Brooklyn Public Library system is the fifth-largest in the nation, with 58 branches located within a half mile of every Brooklyn resident. It’s a safe bet that some 45 years ago, not only did the air conditioning work at the Heights branch, but there probably weren’t too many stabbings at the library, either. Curiously, the lobby area has changed little since 1966. (Photos: Museum of the City of New York) 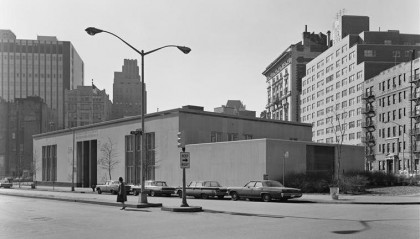 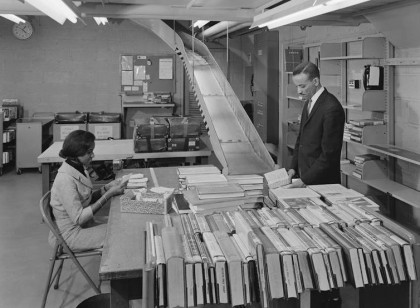 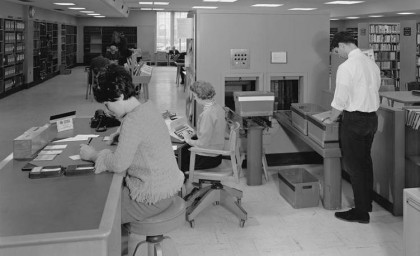