By brooklynheightsblog on November 2, 2008 8:07 pm in Brooklyn Heights, crime 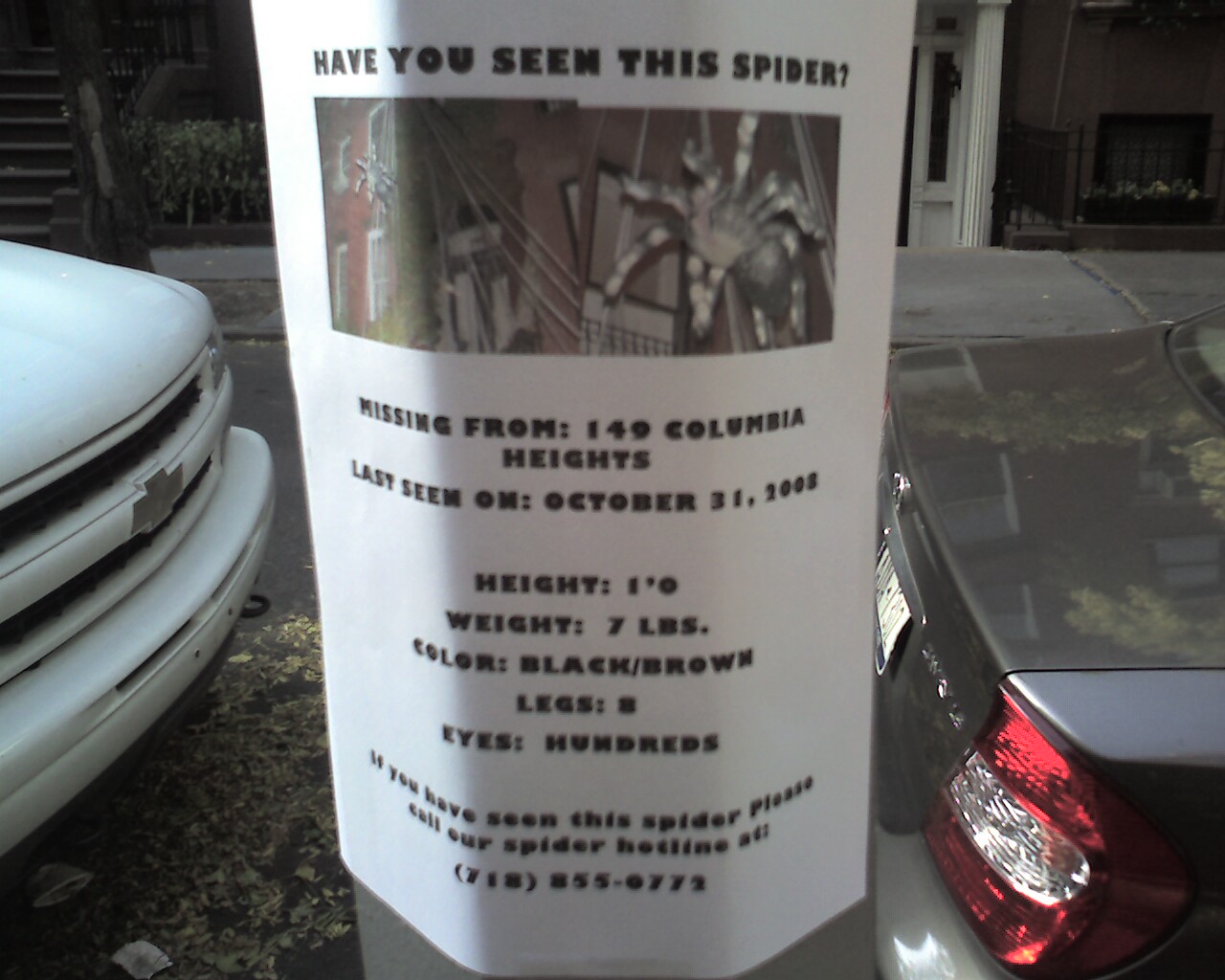 BHB’s Qfwfq shot this photo on Sunday on Columbia Place. Seems as though a giant decorative spider was lifted from 149 Columbia Heights Halloween night.  A “spider hotline” has been set up – 718-855-0772 – for any tipsters to drop the time on the fake spider thief.

Since my pumpkins have been providing so much content for your blog, I was wondering I could prevail upon to help me solve a crime.

These are my pumpkins, pre-carved: 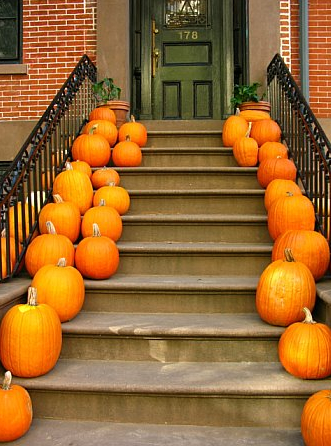 Then my friends came over last Sunday and carved ’em up: 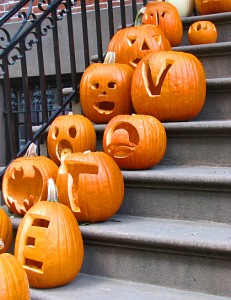 And then I schlepped them over to my place on Grace Court Alley (under renovation — that’s why they were on Hicks. That’s where I rent for now.) and the glowing pumpkins… 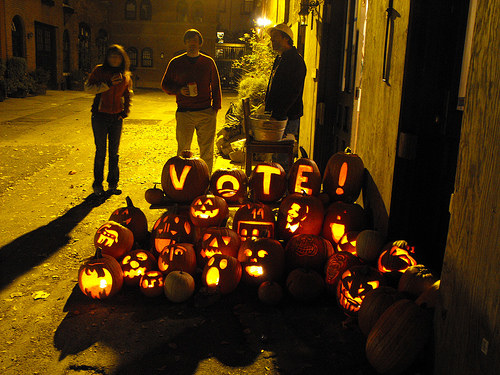 …were enjoyed by many: 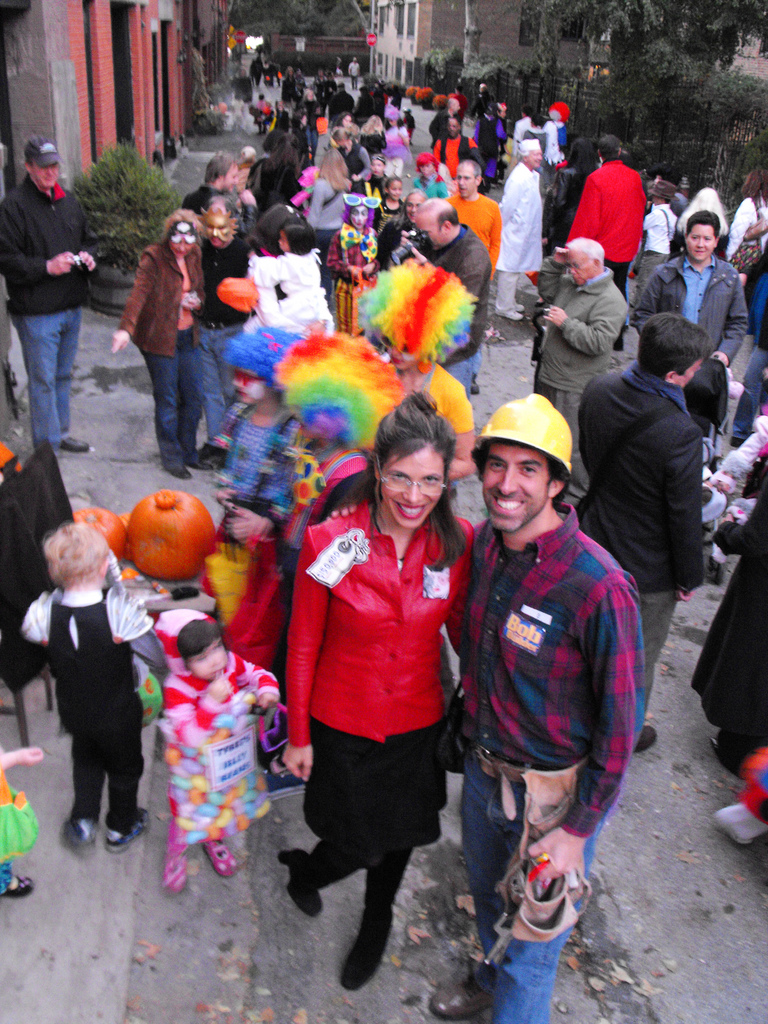 Unfortunately, one pumpkin was not to be enjoyed. 30 pumpkins sat out, uncarved, unmolested for a week.

Then they were carved a week before Halloween and STILL they sat unharmed for 5 days.

It wasn’t until Thursday, October 30, somewhere between Noon and 5pm, that the pumpkin below was stolen! 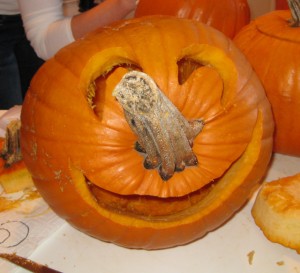 It was foolish of me to put such an awesome pumpkin so close to the street (it was on the bottom step) but I wanted little kids to enjoy it. (As an interesting aside, this pumpkin was carved by Laura Shea, the owner of Applewood in Park Slope.)

I don’t want to get anyone in trouble — I just want to publicly shame anyone low enough to steal a jack-o-lantern in broad daylight.

Thanks so much and keep up the great blogging.