From Twitter: @sarahboatright tweeted this evening that there’s a fire at the Park Plaza Diner. She reports that FDNY is on the scene. Update:The situation now appears to be under control.

More photos and a dramatic before/after shot after the jump. (photo: @sarahboatright)

BHB reader “Sarah Jane” sent us these before and after shots of the blaze. In cases like this, where the fire starts quickly but is put out as fast, it’s believed to be grease related. 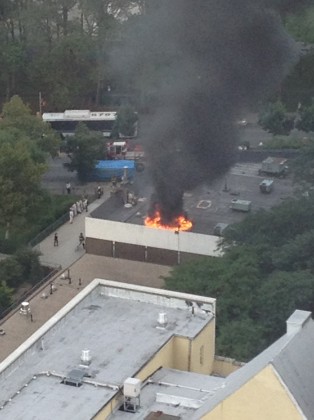 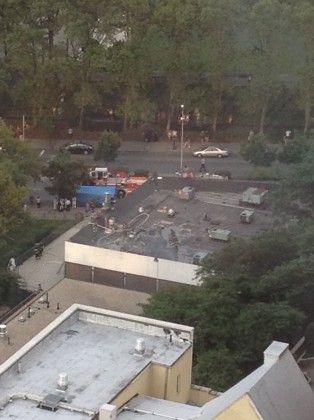 Nooo the Park Plaza Diner is on fire! #RIP… Hope everyone made it out safe #brooklynheights #emergency twitter.com/sarahboatright…