As the Landmarked Romanesque revival Offerman Building along Fulton Street Mall continues buildout of TJ Maxx and a bevy of boutique stores—alongside H&M’s new-construction two-story glass modernist structure—it’s high time to take a look back at the history of the storied location at 505 Fulton Street.

Its life began in 1891, commissioned by mogel Henry Offerman, who 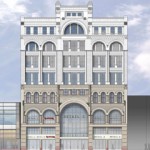 owned the Brooklyn Sugar Refining Co., on the waterfront in Williamsburg, Brooklyn. His Downtown “highrise” opened as one of the tallest buildings in Brooklyn. The Wechsler Department Store operated in the space until 1897; with Darlington’s Department Store scheduled to take its place in 1907, until developer Kingston Realty went belly up before the location ever opened.

But its fortunes were soon to change for the long term. Hyman Zeitz, who had emigrated to the U.S. in 1882, opened a coat & suit department in an existing blouse shop called Martin’s at Fulton & Bridge Street. The business burgeoned and in 1924, Zeitz bought out Martin’s owner and moved next door to the seven-story Offerman Building, comprising 225,000 square feet. The cutting edge locale offered its own electrical generator and pneumatic tube system for moving cash through the store.

In October 1977, with annual sales of $30 million, Martin’s was sold to the Seedman Merchandising Group, operator of Times Square Stores. Unfortunately, their vision for the future differed, and in 1979 the Fulton Street store was closed because of “long-term unprofitability.” In hand, the downtown Brooklyn shopping district, which once catered to the borough’s affluent, “was no longer related to the surrounding shopping area,” the company surmised.

Soon after, the remaining Martin’s either closed or changed names, while the Offerman Building was designated a New York City Landmark in 2005. Throughout that decade, it housed job agencies, the MTA adjudication Bureau and discount retailer Conway (which moved to a new location on Fulton in 2010). Its last retailer was a temporary seasonal Christmas discounter in late 2010, before it was sadly boarded up.

And then came new life to the Downtown Fulton shopping district. An interconnected three-story annex to the east along Bridge Street was demolished to make way for Swedish retailer H&M’s first Brooklyn location in a new shiny glass two-story structure. Offerman, meanwhile, will house TJ Maxx, with hints of such upscale retailers of Ralph Lauren, Calvin Klein and Giorgio Armani on signage outside. The upper floors are said to be going residential, with rumors of interest by hipster Justin Timberlake.

Meanwhile, Downtown Brooklyn’s City Point up the block continues to take shape, first to comprise a four-story 50,000sf retail building on Albee Square across from the landmarked Dime Savings Bank building. In all, that project intends to encompass 1.5 million square feet of retail & residential.

It’s gratifying to see this beautiful 120+-year building find new life, as one of the most beautiful architectural triumphs on Fulton. Long live the Offerman Building. 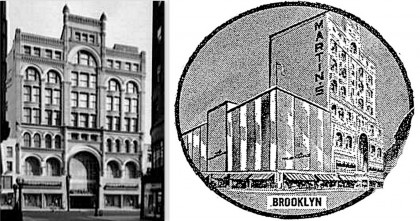 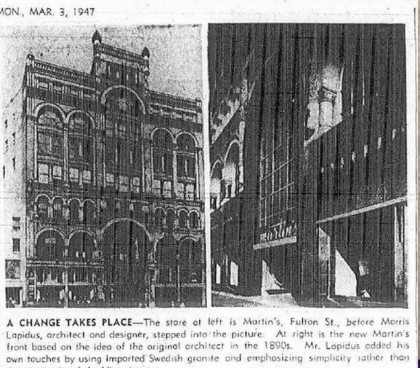 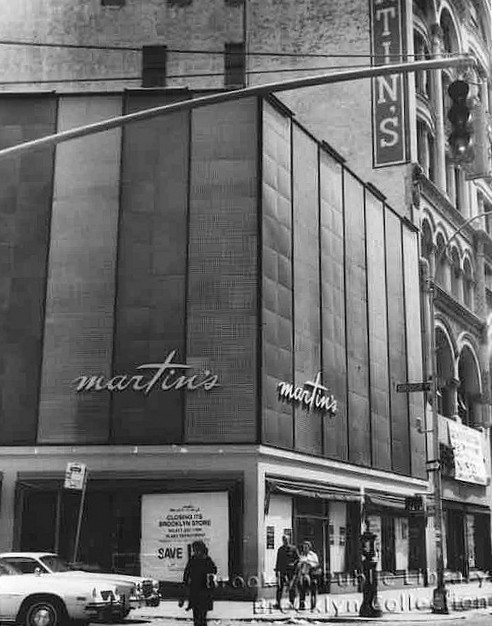 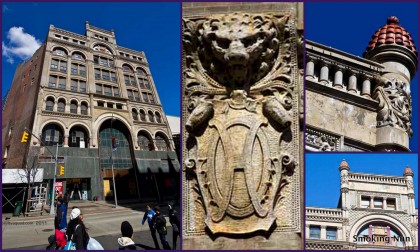 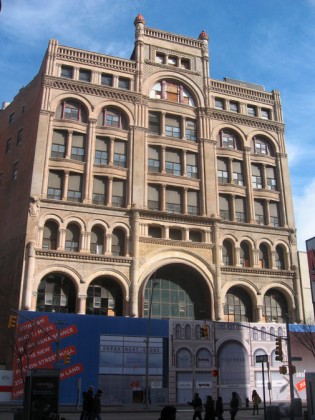 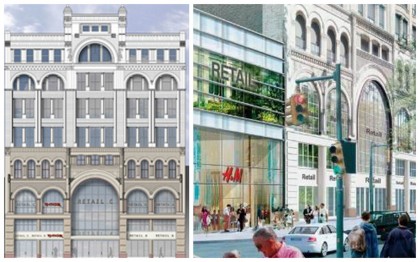