A Sentimental Stroll Through Downtown Brooklyn

It wasn’t until I worked for the U.S. Census Bureau between February and August 2010 that I truly discovered Brooklyn. While I had lived in Brooklyn Heights for a decade, my compass always seemed to point toward Manhattan, where I worked and played. [See Photo gallery below the jump] 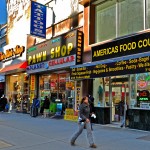 But with the Census gig, I had the opportunity to discover on a block-by-block (if not door-to-door) basis more than I ever realized was just east of the Heights: Sunset Park, Fort Greene, Park Slope, Red Hook, Carroll Gardens, Cobble Hill and—my favorite—Downtown Brooklyn.

Strolling through Fulton Mall every day on the way to the Census office on Flatbush Avenue as it was just beginning mass renewal, the sidewalks were widened, new bus stands and street lights installed, streets were repaved and repositioned for bus traffic only. The age-old Fulton Mall sign came down… Something big was happening here.

Of course, there are two sides to gentrification. In 2012, Shake Shack opened, while Gap launched a massive Factory Store there, with H&M and TJ Maxx on the way in the historic Offerman Building. While it’s nice to see the once-decaying area return to life, it’s also bittersweet to witness the typical fallout that comes in every neighborhood on the rise: the shuttering of local businesses, which can no longer afford escalating rents.

So before I bid a fond farewell to the fabulous array of wig stores, pawn shops, bodegas and discount vendors, I took another trip with camera in hand to capture what I suspect is going to look very different a year from now. With love to downtown BK. 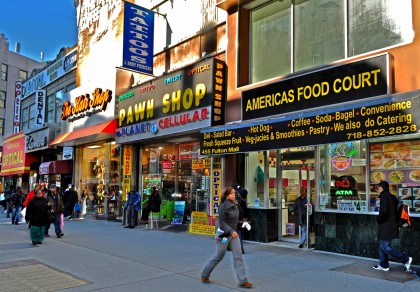 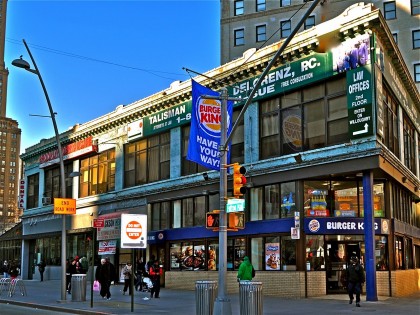 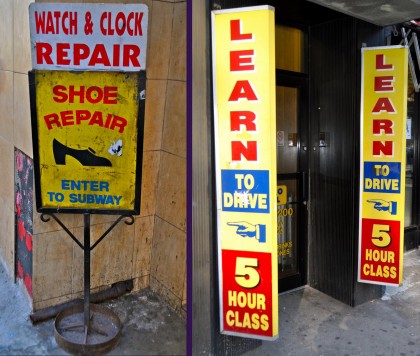 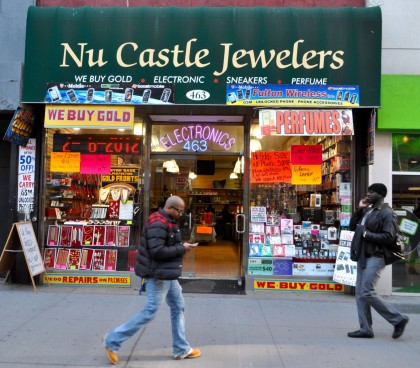 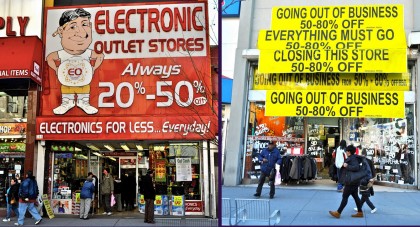 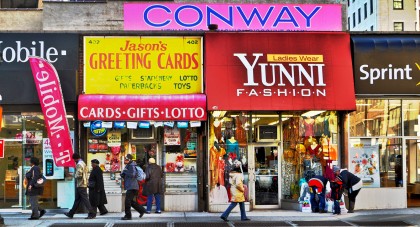 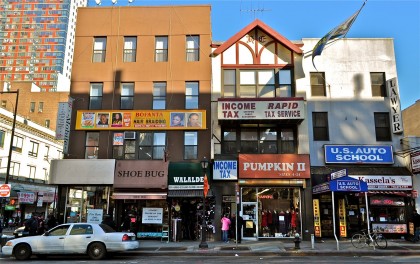 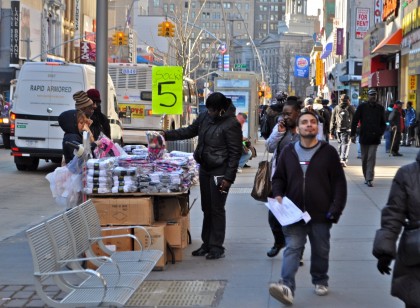 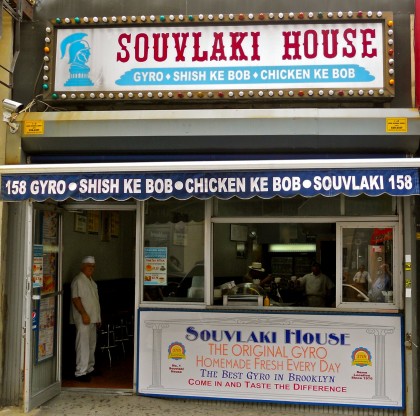 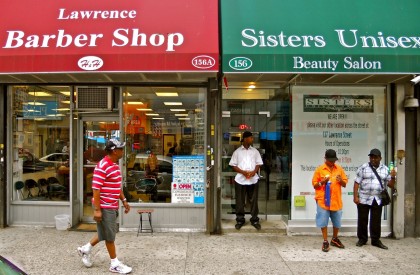 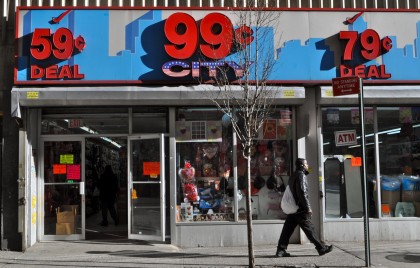 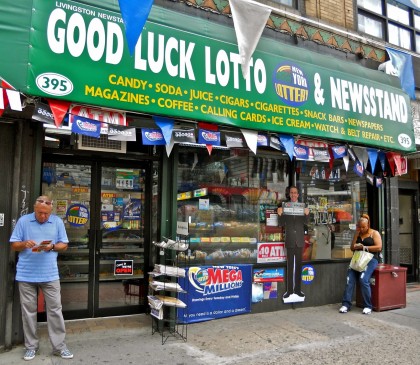 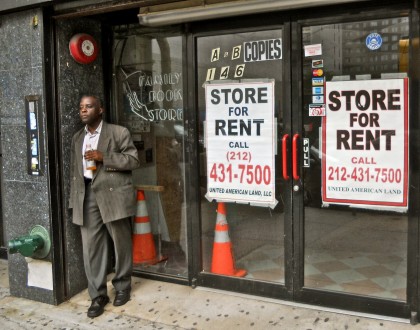 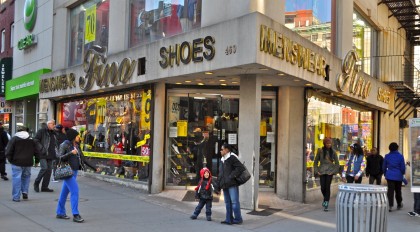 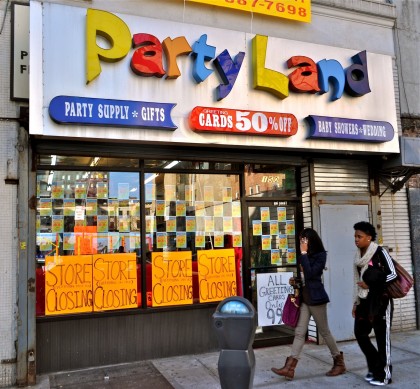 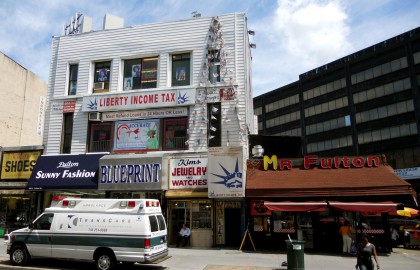 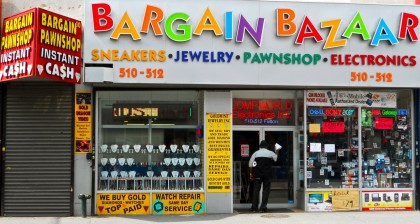 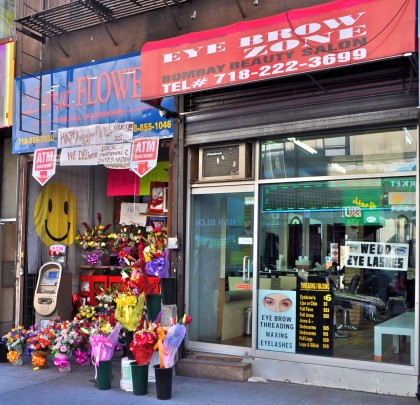 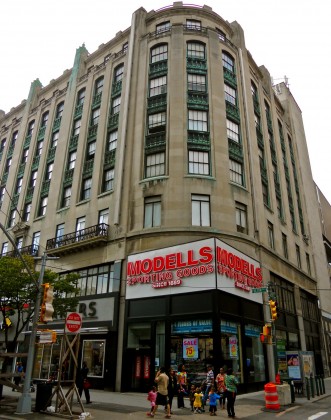 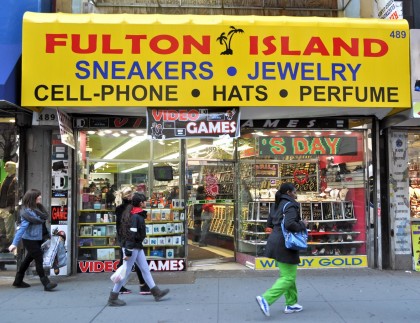 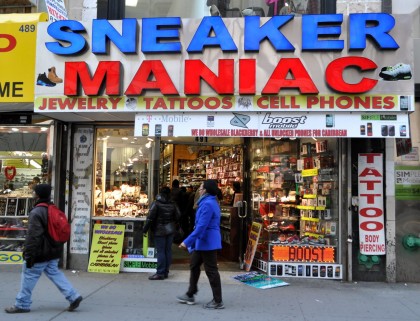 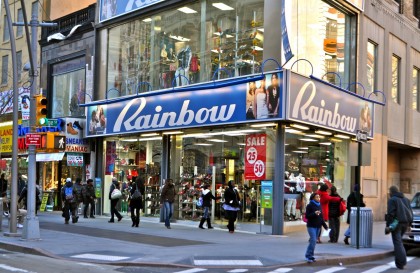 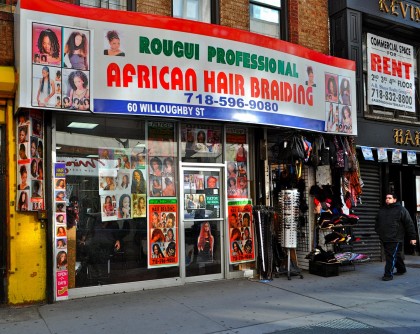 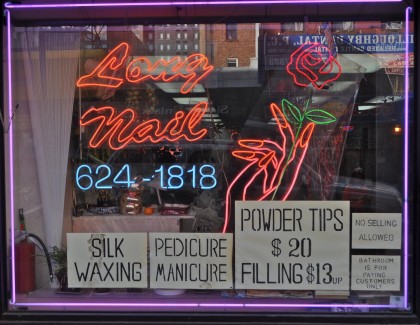 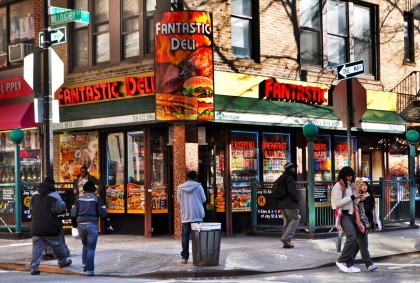