Henry Street is currently closed to traffic and pedestrians at Remsen Street as Police investigate how an SUV apparently backed into a building scaffold and damaged the brick wall at Henry and Hunts Lane. The scaffolding is hanging precipitously, and will presumably need to be stabilized before the crash site can be examined. Mrs. Qfwfq tells us that no one in the vehicle—a family of three—or on the street, were injured.

More photos after the jump. 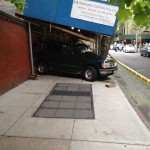 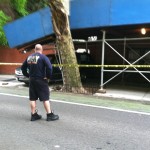 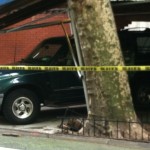 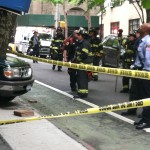 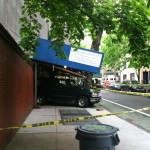 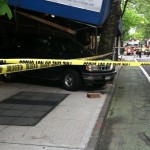 Photos for BHB by Chris and Mrs. Qfwfq.