Without the commanding presence of Brooklyn’s heralded Abraham & Straus, we surely would not have today’s Macy’s, Bloomingdale’s, Filene’s or Stern’s. 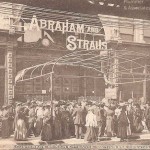 In 1865, before the Brooklyn Bridge linked New York’s largest borough to the rest of the
city, Abraham Abraham and Joseph Wechsler opened dry goods retailer Wechsler & Abraham on Fulton Street in the heart of Downtown.

In 1893, the Straus family and Simon Rothschild bought out Wechsler’s interest in the company and renamed the joint Abraham & Straus—which also had controlling interest in R.H. Macy & Co. in New York. By 1900, A&S had 4,650 employees. In April, 1912, co-founder Isidor Straus and his wife Ida went down with the Titanic. Oops.

The space was continually expanded through 1928 until it took up an entire city block at 422 Fulton Street in Brooklyn. The A&S anchor store represented the height of white-glove service and elegance in the department store biz, mobbed with customers who were doted upon by uniformed elevator operators, along with a gourmet food center, furs, restaurant, art gallery, beauty salon, stamps & coins and a “wig bar.” There was even space where you could pull in your horse & buggy and park comfortably underground.

In 1929, Abraham & Straus, Bloomingdale’s, Filene’s & Lazarus merged to form Federated Department Stores and set up base in Cincinnati. In 1950, the company purchased Loeser’s in Garden City and converted that to Abraham & Straus, continuing suburban expansion in Hempstead, N.Y., in 1952, followed by Manhasset, Smithtown, Babylon, White Plains and Manhattan; Monmouth, Short Hills and Paramus, N.J.; and King of Prussia and Willow Grove, Penn.

Throughout much of the 20th Century, Abraham & Straus maintained stance as the powerhouse of Federated. However, over-expansion to other regions and vapid business strategies toppled the fortunes of A&S and by the late 1970s, after a real estate developer purchased Federated, it merged with Boston’s Jordan Marsh. In 1994, the beloved A&S brand was shuttered under the Macy’s banner, with a handful of stores becoming Federated’s low-end Stern’s. Fortunately, A&S lives on, if only in spirit. At the original location on Fulton Street in Brooklyn, a prominent plaque is outside of what is still Macy’s today, paying homage to the company’s grand history.

(Photos: Archive; Current: Chuck Taylor. Much of this information came from Plummer & Associates Blog. A generous thanks.) 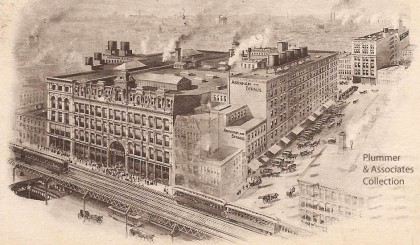 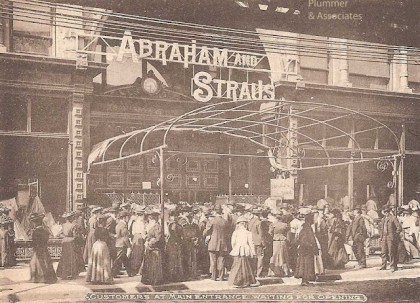 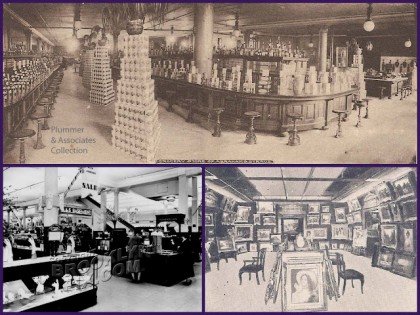 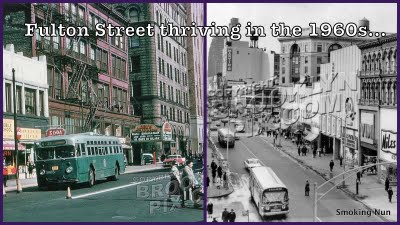 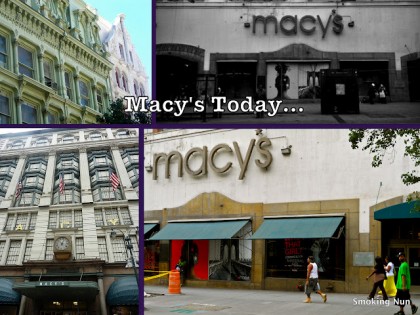 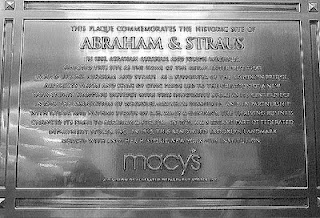