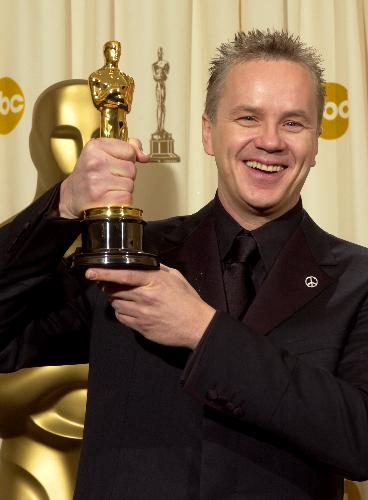 Brooklyn Record is deducing from local property sales records that Oscar winners Tim Robbins and Susan Sarandon may be headed to Brooklyn Heights.

Brooklyn Record: Tim Robbins Buying in Brooklyn Heights?: First there was Jennifer and Paul, then Michelle and Heath, and now Susan and Tim? Maybe so. According to public real estate filings, The Timothy Robbins Self Declaration Trust closed on the house at 5 Doughty Street for $1,351,000 on October 5. The property is near the waterfront just a few steps south of Old Fulton Street, which is Brooklyn Heights, not Dumbo, in our book. So is this really the Tim Robbins? Hard to be sure, but the fact that the trust's address is in Los Angeles makes us think it just might be.

However, we're thinking that this may just be some income property for either "the" Tim Robbins or another "less famous" person of that name, so don't roll out the Welcome Wagon yet.

Any lawyers want to discuss why "self declaration trusts" are set up?

UPDATE (11/2): Brooklyn Papers has confirmed that Robbins has purchased the property(albeit without noting that "self declaration trust" is a legal term and not a "veiled comment"): “He bought it as an investment,” said the actor’s spokeswoman,Jennifer Turner. According to  the legal paperwork,the house on DoughtyStreet was bought by an entity called “The Timothy  Robbins Self Declaration Trust.” Turner would not comment on speculation that Robbins’s“self declaration trust” is a veiled comment on the state of his union to Sarandon. “I only know that this is an investment,” Turner said. “I don’t discuss my client’s personal livesand/or details of their investments.”