By Chuck Taylor on April 9, 2012 3:50 pm in Arts and Entertainment, Brooklyn Heights, Literature

“CBS Sunday Morning” featured Brooklyn Heights in a segment Sunday on the creation of 1961 children’s literary classic “The Phantom Tollbooth,” written by Norton Juster, with illustrations by Jules Feiffer. It opens with the pair sitting on the front steps of a neighborhood brownstone with correspondent Rita Braver and the voiceover, “Literary history was made 50 years ago at a Brooklyn Heights row house. It was there that two young housemates dreamed up the celebrated children’s adventure.”

In the piece, the pair also speak with Braver at Heights Italian restaurant Queen, at 84 Court Street, referred to as “one of their old Brooklyn haunts.”

“The Phantom Tollbooth” centers on a bored boy named Milo, “who didn’t know what to do with himself, not just sometimes, but always,” and discovers a magic tollbooth that’s a gateway to fantastic adventures. It was deemed “a newborn classic” by The New Yorker, and recently a 50th anniversary edition was released. It was also turned into a live-action/animated film in 1971.

Today, Feiffer, 83, is a Pulitzer Prize-winning cartoonist, playwright and screenwriter. Juster, 82, is a successful architect, as well as children’s book author. 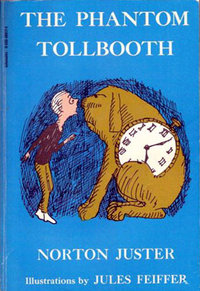 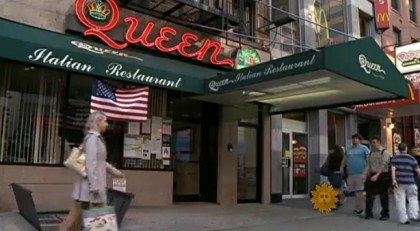 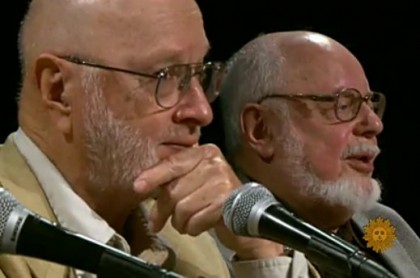