LICH: Is an Amputation Necessary? Are Yuppies to Blame? 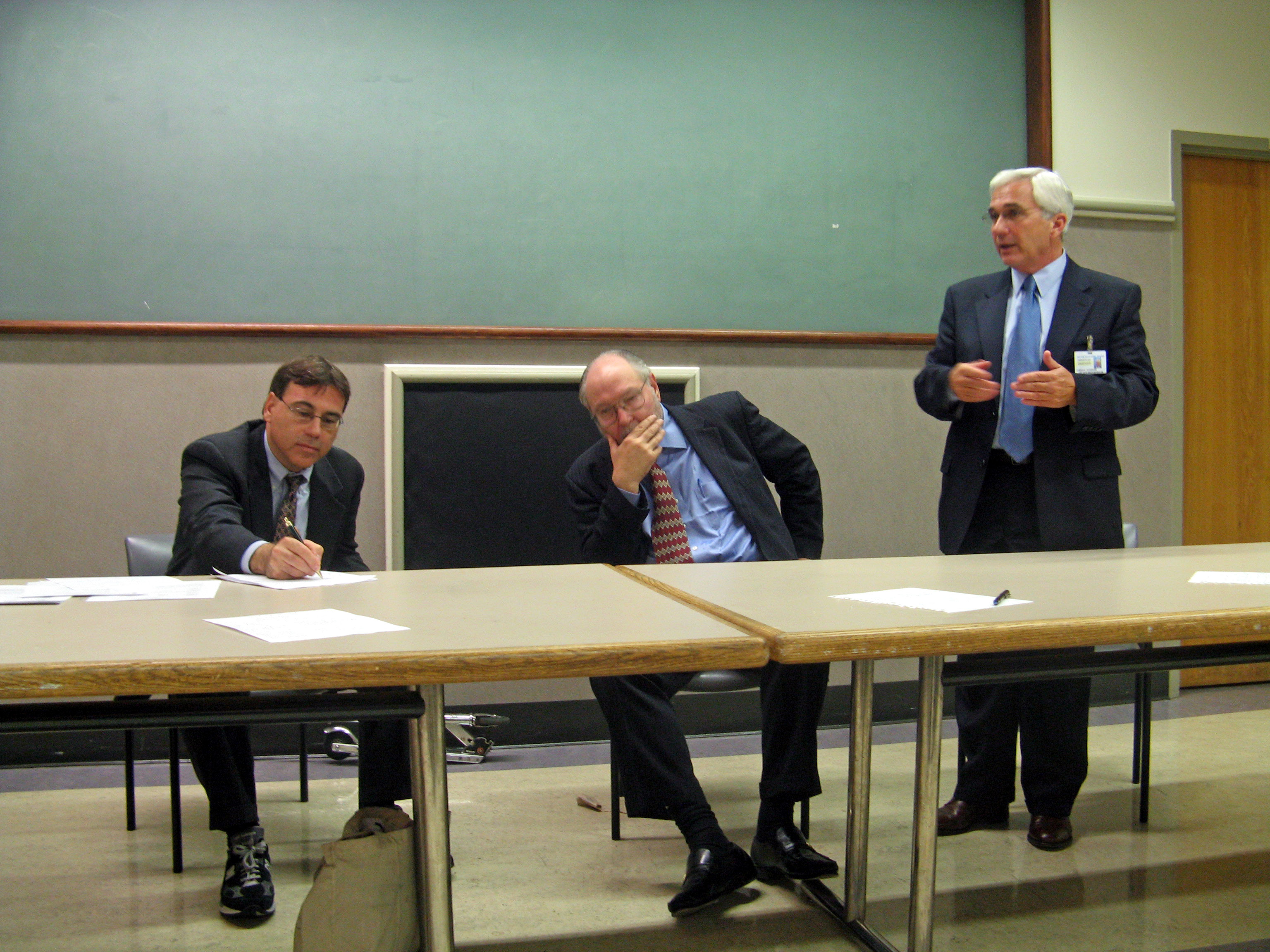 Mr. Bashner opened by noting that C.B. 6 had not yet taken a position on LICH’s proposed elimination of its obstetrics practice, and that the purpose of the meeting was to gather information, both from LICH’s management and from members of the community, not to be a “political rally”. Given that, he asked, “Is this ‘amputation’ necessary?”

Mr. Brezenoff replied that sometimes amputations are necessary, and that, in this case, it is required because LICH faces an immediate fiscal crisis. Unless action is taken quickly, he said, LICH will not have cash on hand to meet payrolls and other current expenses. He ascribed LICH’s problem to three factors. First, the hospital carries a heavy debt burden–approximately $150 million in long-term bonds financed through the New York State Dormitory Authority and $25 million in short-term commercial paper–which results in annual debt service (including interest and amortization) cost of approximately $22 million. Second, LICH has an operating deficit, presently about $40 million on an annual basis, the largest source of which is the obstetrics practice. Third, malpractice insurance premiums, largely imposed on the obstetrics practice, are a severe burden. The solution to these problems, he said, was to close obstetrics and thereby eliminate the expense associated with it, and to consolidate the hospital’s physical plant and use the proceeds of the sale of surplus buildings to pay down debt.

Mr. Stanzione then elaborated on LICH’s problems, saying that any alternative to shutting down obstetrics “would be worse”, and adding that the current overall economic crisis made the situation more difficult. He said LICH had applied in July to the New York State Department of Health for permission to close obstetrics. He added that LICH management had studied whether it was feasible to retain in-patient pediatrics after closing obstetrics, and had concluded that, because the bulk of pediatric intake came on referrals from obstetrics, it would not be possible to keep pediatrics. He said there were discussions between LICH and SUNY Downstate Medical Center concerning possible transition of the pediatrics practice. He also noted that, while LICH had considered closing its dental residency and clinic, there were discussions with other organizations that might continue dental services at LICH under their sponsorship. Later, when asked about rape crisis intervention services, he said that LICH had terminated a program under which such cases were referred from other facilities, but that treatment for rape victims was still available at LICH. He also said there was no plan to terminate gynecology at LICH, despite closing obstetrics.

Mr. Lander asked if closing obstetrics and pediatrics might not simply be the start of a “downward spiral” that would lead to closing more and more departments until there was nothing left. Mr. Brezenoff replied that there could be “no guarantees”, noting that LICH’s problems could be much worse if the New York State Medicaid budget is cut. Later, in response to a statement from Dan Wiley of Congresswoman Velazquez’s office, Mr. Brezenoff said there was a proposal to have the federal government take over more of the medicaid burden from the states, and praised Ms. Velazquez’s support of that legislation.

Mr. Stanzione then said that management’s intent was to have LICH “retrench around core services, and try to grow them.” He noted that the reason LICH, unlike some other hospitals also facing high malpractice premiums, could not continue to subsidize obstetrics was that LICH has also experienced declining revenues from practices like major surgery. When your correspondent asked what was the cause of this erosion, Mr. Stanzione replied that much of it was the result of trends in medical practice and technology that allowed more procedures to be done on a less invasive basis, often in an outpatient setting. Mr. Brezenoff added that, in LICH’s case, demographic trends were also an important factor. As more and more younger people moved into the brownstone neighborhoods in LICH’s area, the average age was declining. The ideal situation for a hospital, Mr. Brezenoff said, was to be surrounded by old people. In the case of LICH, he noted, it is not even surrounded, as “our back is to the River.” Ms. Simon later asked if these demographic trends might not be counteracted by development and by a trend toward more people “aging in place” instead of going to retirement havens like Florida.

Mr. Lander asked whether LICH’s problems were being addressed in the context of its being a community hospital, or if considerations affecting Continuum’s hospitals in Manhattan might be affecting plans for LICH. Mr. Brezenoff said that decisions affecting LICH were ultimately made by its Board of Trustees, which had made the initial decision to have LICH affiliate with Continuum eleven years ago. That Board is now comprised of the same members, described by Mr. Brezenoff as highly dedicated and qualified people, as the Board of Continuum and those of its other member hospitals. Mr. Brezenoff vehemently denied that LICH was in any way subsidizing its affiliate hospitals, all of which are located in Manhattan. Indeed, he said, there is a benefit to LICH from its affiliation with Continuum which he quantified as about $10 million per year.

Several members of the audience, including Councilman de Blasio and Mr. Squadron, asked how the community could become more involved and could help solve LICH’s crisis. Mr. Stanzione said LICH was collaborating with a number of community organizations, such as nursing homes and federally qualified health centers, concerning provision of emergency services. Mr. Brezenoff said he was very comfortable working with community boards and welcomed their input, but that the crisis was severe and quick action was imperative. Mr. Bashner asked if LICH was contemplating a bankruptcy filing; Mr. Brezenoff said it was not.

Paul Nelson, from Assemblywoman Millman’s office, asked how the State Legislature could help. Mr. Brezenoff said that if the Department of Health were to deny LICH’s application to close obstetrics, he would “be banging on your door” to seek a legislative solution. Dorothy Siegel, a community activist living in Cobble Hill, said that the solution for LICH should be the same as it was for the Cobble Hill Nursing Home some years ago: turn it over to the community to own and manage. “Give us your debt,” she said, noting that community management had succeed in turning around the Nursing Home when it was in financial straits, and in maintaining it as a first-class facility.

Notably absent from those making statements or asking questions at the meeting was any representative of the LICH physician staff.. However, there is strong and organized staff opposition to Continuum’s plan and, during the meeting, cards were circulated in the audience giving the web address of the medical staff’s site. The staff has retained the prestigious law firm Arnold & Porter to assist it in drafting an alternative plan that, it claims, can allow LICH to survive without terminating obstetrics or any other practice area. The plan is available in pdf format through a link on the medical staff site. It stresses rebuilding sources of patient intake, such as community clinics, while reducing losses by more aggressively pursuing overdue receivables, minimizing overhead costs, and renegotiating arrangements with insurance carriers.

Asked if he would meet with representatives of the staff concerning this plan, Mr. Brezenoff said “No.”