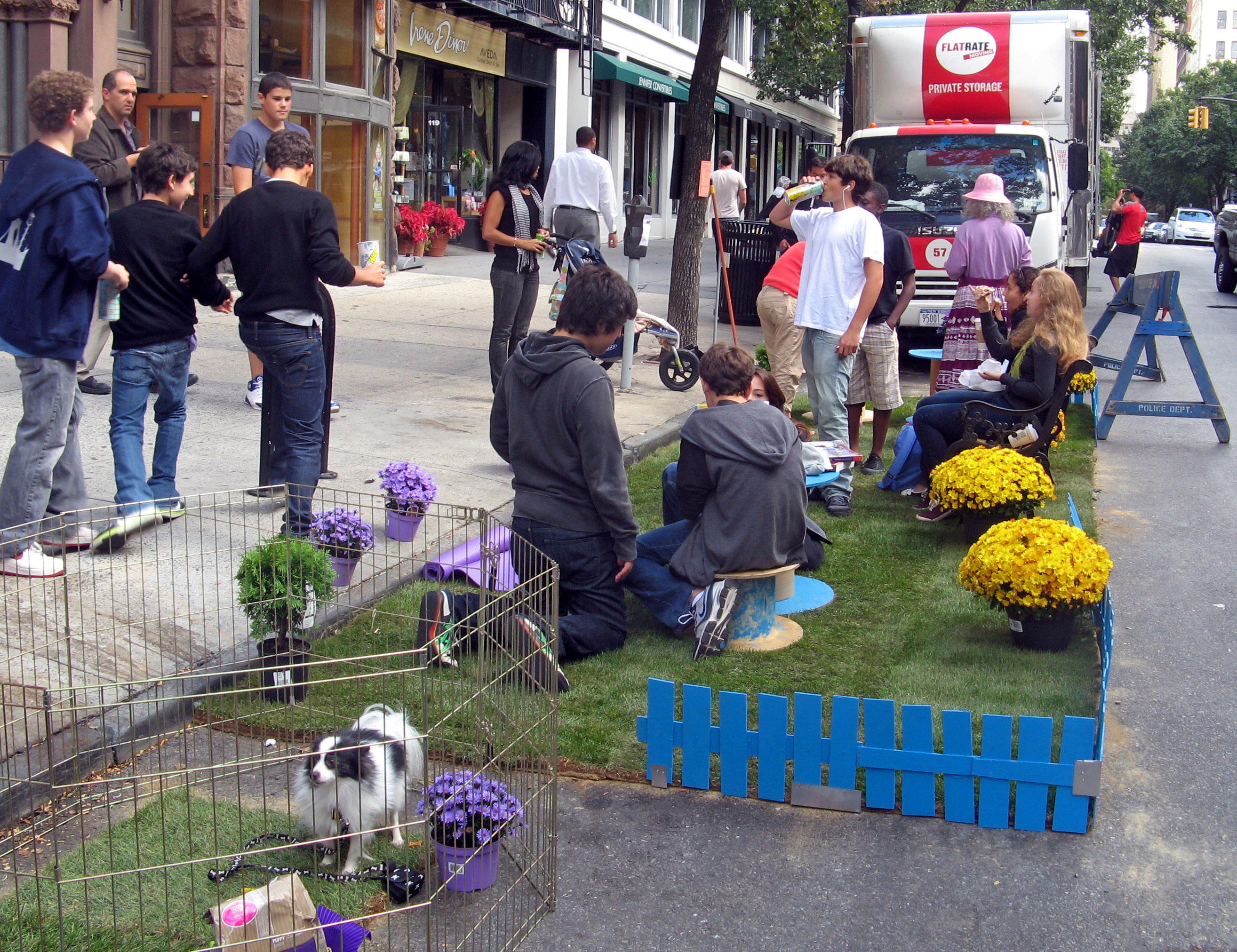 Two parking spaces on Montague between Henry and Hicks, roughly in front of Connecticut Muffin, have been taken over by Park(ing) Day NYC, an organization that promotes “Park(ing) Day” in New York City. Park(ing) Day is described in the organization’s flyer as:

an international phenomenon in which people around the world reclaim parking spots for a single day, transforming them into vibrant, functional public spaces. In the years since its inception, it has grown to include over 200 spots in 50 cities all over the world.

The Montague spot, called Henry Hicks Park, is one of fifty in New York City, and twelve in Brooklyn, chosen to be transformed today.