The long-stalled Downtown City Point Towers retail and residential complex in Downtown Brooklyn is aiming for the clouds. The Brooklyn Paper got an exclusive look this week at new mock-ups presented to Community Board 2, showing two potential horizon-altering skyscrapers at the site of the former Albee Square Mall, on the Flatbush Avenue Extension between Willoughby Street and DeKalb Avenue.

One of the two towers could reach 65 stories or more, with a targeted completion of 2015, while the second would be wrapped in 2016, said Paul Travis of developer Washington Square Partners. That would make it Brooklyn’s tallest building, period. The project’s first building at Albee Square, City Point Mall, is slated to open this June with 50,000 square feet of retail, although no anchor tenant for the building has been announced.

Architect GreenbergFarrow, told The Brooklyn Paper that the 1.9 million square foot development on a 2.75 acre site would feature 500,000+ square feet of retail, around 280 hotel rooms and 800 residential units, and 250,000 square feet of office space.

The proposed 65-story tower would trump the 58-story Avalon Bay residential tower on Willoughby Street (between Bridge and Duffield streets), which is aiming to rise to 56 stories; while that building excels over the new Brooklyner 51-story rental tower. All three edge out the iconic Williamsburgh Savings Bank Tower at One Hanson Place: Brooklyner is a mere 2 feet taller.

The Downtown City Point Towers mixed-used plan has a long way to go before Brooklyn Heights residents might see it peaking over the horizon: It needs approval of the city before it can even begin to move forward. 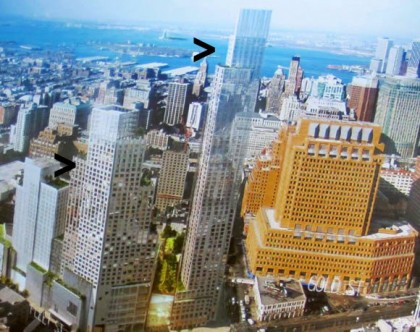 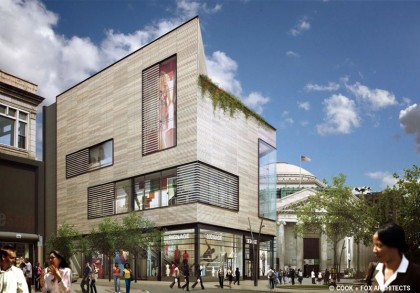