It’s been rumored for a couple months, but confirmation is now at hand: Starbucks at 112 Montague Street is moving east… to 134 Montague Street, site of the former Nine West shoes, which closed in July 2010. While the current space will lose a lot of window vistas along the front, the folks at Heights Vision next door tell BHB that the new locale is deeper and actually offers more square footage.

Reasons for the move: Apparently, the one-story building at 112 Montague was a constant source of roof leaks and plumbing issues for Starbucks, while the building at 134 is being completely gutted, including the residential above. It looks like the Star was willing to sacrifice views for peace of mind. And knowing most ‘Bucks addicts, the extra block either way from Henry Street won’t make a hill of beans difference. 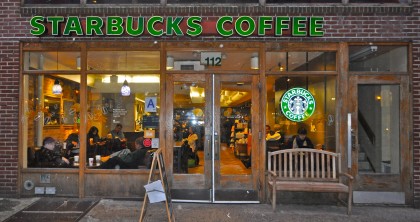