By Chuck Taylor on January 18, 2012 7:06 am in Brooklyn Heights, Celebrity Residents, Visual Arts

Rogers is well known in the neighborhood for designing the one-acre Bridge Harbor Heights Garden on Poplar Street between Hicks and Henry, home to 300+ plant varieties, which he designed nearly 20 years ago. Ford received the Brooklyn Heights Association’s Community Service Award for his horticultural efforts. His work was featured on the Brooklyn Heights Blog in July 2009.

Meanwhile, his artwork and sculptures have been displayed in NYC, Orlando, Nashville and Providence, R.I., while the New York Salmagundi Club honored Rogers for his acrylic-on-wood sculptures. Add to that his series of voodoo-inspired dolls and decorative items, including furniture, lamps and computer equipment. His works are heralded in private collections throughout North America and Europe.

As if that’s not enough, Rogers has also published three cookbooks: on citrus, nuts and olives. And overlooking the Brooklyn Bridge, he has a studio where he produces music, which has been used in a Dutch film and in a number of gallery installations.

Among Rogers’ works on display at Noodle Pudding are internationally inspired “Lima Fruit Vendor,” “Iceland Kirkja,” “Iceland Farm” and images of Svartifoss and Reykjavik in Iceland. 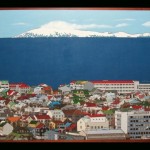 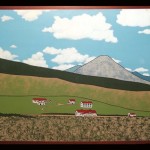 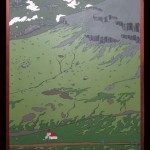 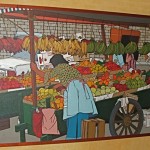 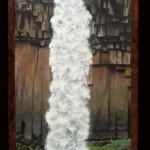