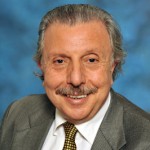 SUNY Downstate Medical Center has announced that Dr. M. William Atallah, a urologist with a practice here in Brooklyn Heights, has been named the new President of the combined medical staff of the Center, including its location at Long Island College Hospital as well as Central Brooklyn and Bay Ridge. Dr. Atallah is also Clinical Professor of Urology at the Center and the Director of the New York Stone Center, and has chaired LICH’s Operating Room Committee since 2004. He has over thirty years’ experience as a physician, and has been a teacher and mentor to many students and residents. Dr. Victor Masi, a community-based internist whose practice focuses on geriatric medicine and preventive care, was named Secretary-Treasurer of the staff.