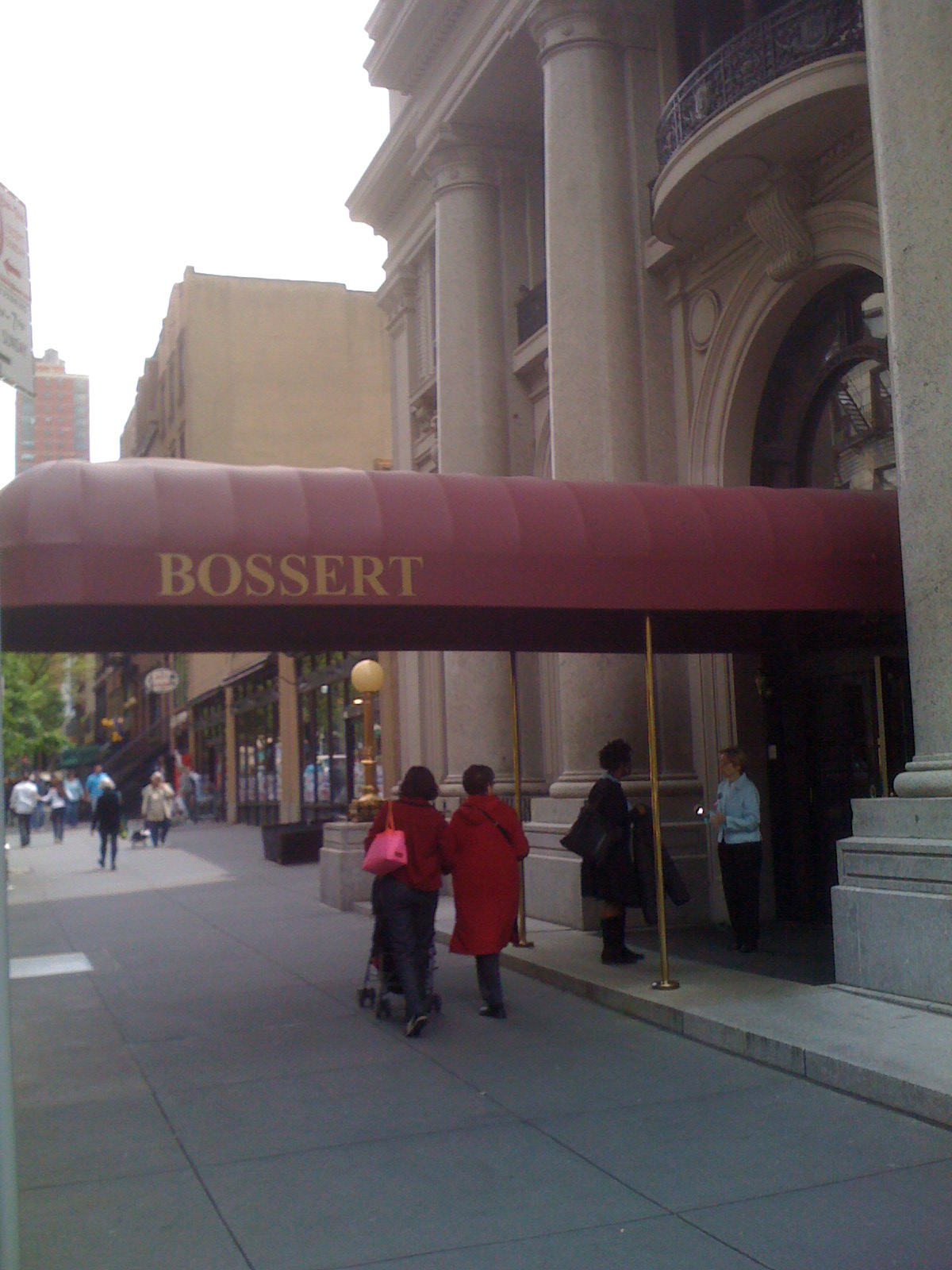 This year’s Brooklyn Heights House Tour featured many great properties and provided guests with a peek inside the exquisite lobby of the Bossert Hotel.

If you were on the tour, please post your comments below.

Of note, other than the palatial Bossert interior wonderfully restored and maintained by the Watchtower, is the inclusion of 123 Joralemon Street (nee 125 Joralemon) on this year’s tour. The location was originally home to an “out of place” 50’s era home. The New York Times provided some background in 1993: 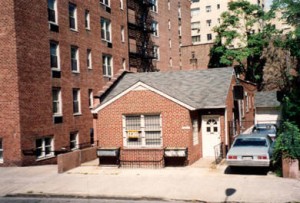 In 1952 Leon Berk, a podiatrist, demolished some frame buildings at 125 Joralemon Street, next to the Chauncey mansion, to build a home for himself. Designed by Morris Rothstein, Dr. Berk’s one-story building is the antithesis of the dense, Victorian urbanity of the Heights. With a gable-end facing the street, recessed doorway and “colonial” door, this pinched little building makes a riveting comparison with the expansive Chauncey house and even the area’s more generic brownstones and 19th-century frame houses. Awkward and insignificant, perhaps, but the only one of its kind in the Heights.

In 1993, architect Joseph Stella was commissioned by its owner, Malcolm Fein, to do minor renovations to the structure. He proposed a larger project utilizing the maximum amount of space allowed by law on that lot. The result of his vision is the modern carriage house on today’s tour. However, not everyone in Brooklyn Heights seemed to be tickled by this new addition.

Stella quotes Heights Landmark District pioneer Otis Pearsall as saying, “These 1990’s experiments in ersatz history by Joseph Stella…use a variety of historical references largely foreign to indigenous Heights architecture, to produce what strikes me as a Disney-like mockery of historic preservation.”

He adds a quote from The Brooklyn Eagle’s Henrik Krogius, also not a fan. “Lacks any depth in architectural detail; it is flat as a stage backdrop… [the] “1950’s one-story ranch-house building that [that 125 replaced] though certainly a curiosity in the Heights, ought to have been preserved as part of the Historic District”.

Today’s tour was an opportunity for the Carpenters, 123’s new owners, to show off their spectacular 2005 interior renovation complete with wine cellar. 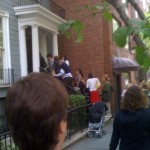 Also on the tour — 146 Hicks Street, home of banker Alan Delsman and HOPE Program Executive Director Barbara Edwards Delsman.  Aside from reportedly being the second oldest building in the neighborhood, it was also a prime filming location for the Coen Brother’s Burn After Reading last year.

Welcome to the Nabe Korres, Now Take Those Banners Down
Waterfall Rising