Despite occasional sprinkles, today’s Atlantic Antic drew lots of people to eat, shop, and be entertained. Belly dancers performed on a stage, sponsored by the Brooklyn Community Foundation, between Clinton and Henry streets. (More photos, video, and text after the jump.) 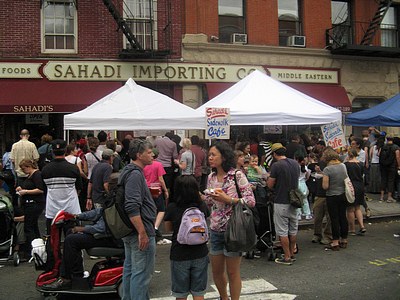 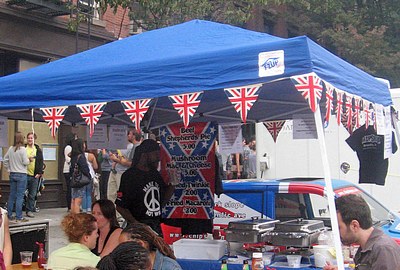 So was the Chip Shop’s, though we’re perplexed by their choice of the Confederate battle flag as a menu background. 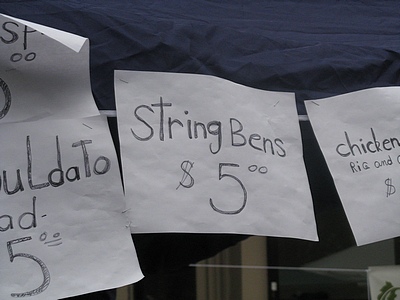 There was a great variety of foods on offer, including some of uncertain origin.

The band Arms performed on the stage sponsored by Roebling Inn and Sixpoint Craft Ales, between Henry and Hicks streets.