Arby’s Bails Out of Historic Gage and Tollner Space

By Homer Fink on August 13, 2010 9:34 am in Downtown Brooklyn, Food, Landmark Preservation 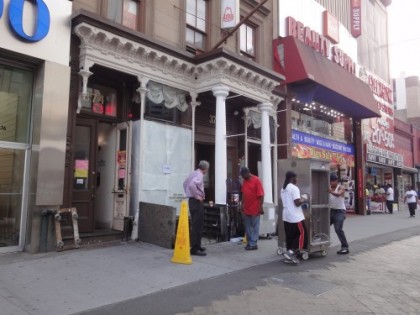 Brownstoner reports that after much fuss and LPC arm twisting,  Arby’s has called it quits  at 372 Fulton Street.  The fast food chain had meticulously crafted its interior to preserve the landmarked Gage and Tollner space but clearly it didn’t attract enough business to keep going. The store opened in January of this year.

Maybe the guys at the Brooklyn Paper were right when they tasted Arby’s offerings on opening day.  Their verdict – bleeech!