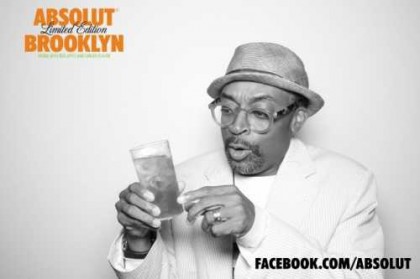 Get a free taste of Absolut Brooklyn, the spirit that had the Brooklyn “blogosphere” in an uproar last week this Wednesday from 5pm – 8pm  at Michael Towne Wines and Spirits (73 Clark Street).  The store will be offering samples of a drink called the “Stoop Party” made with the red apple and ginger flavored vodka.

The PR company representing the liquor, a collaboration with filmmaker Spike Lee, rattled some bloggers here last week due to its marketing plan which asked them to write posts about the booze (and the Brooklyn Blogfest where Lee appeared last week) in exchange for free FlipCams.

So what does the controversial vodka and a cocktail created for Brooklyn by a man who hasn’t lived here in decades taste like?  The Upper West Side?  A spaldeen? Deliciousness? Find out Wednesday!

(Michael Towne is a BHB sponsor…  Maybe this was sorta our idea.  No we didn’t get anything from Absolut for this.)

Transit Blog: NYSDOT Shot Self in Foot with BQE Planning Proposal
BQE Rehab Update: Some Perspective from the BHA