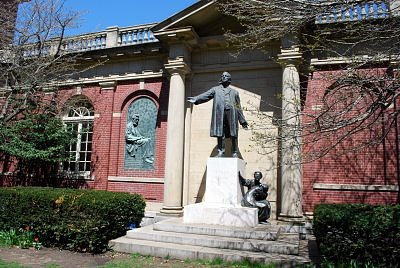 No, it isn’t about subways.

June 19, “Juneteenth”, is celebrated as the day slaves in Texas learned of their emancipation. This coming June 19, from 1:00 to 5:00 p.m., there will be a festival at Plymouth Church of the Pilgrims, Hicks and Orange Streets, commemorating that church’s role as the “Grand Central” of the “Underground Railroad”, the clandestine network that helped escaped slaves reach freedom.

According to the festival’s sponsors:

The festival is sponsored by Brooklyn Historical Society, GreenGurl Productions, Plymouth Church of the Pilgrims, The American Theatre of Harlem and the Weeksville Heritage Center. Admission is $20 for adults, $10 for students, children and seniors. There’s more information, and a schedule of activities, here.