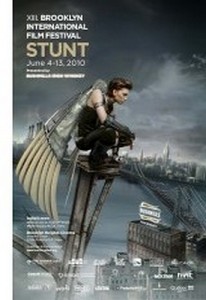 The thirteenth annual Brooklyn International Film Festival opens this Friday evening, June 4, with a screening at the Brooklyn Heights Cinema, Henry and Orange Streets, starting at 8:00 (you may choose between a double bill of Jesus 2000 (France) and Gabi on the Roof in July (U.S.), or Autopilot (U.S.) and The Welfare Worker (Switzerland)), followed by a party at the PowerHouse Arena, Main and Water Streets, DUMBO, beginning at 10:00.

The festival, which runs through Sunday, June 13, will present over 100 film premieres, both foreign and domestic, including sixteen new films made in Brooklyn. For schedules and to buy tickets, go here.