The Daily News reports today that 70 Willow Street aka the Adrian Van Sinderen House,  once owned by designer Oliver Smith and home to  Tony Award winning director Tyrone Guthrie but really known as the home where Truman Capote wrote In Cold Blood is up for sale.

The asking price: $18 million and it’s listed by Sotheby’s: 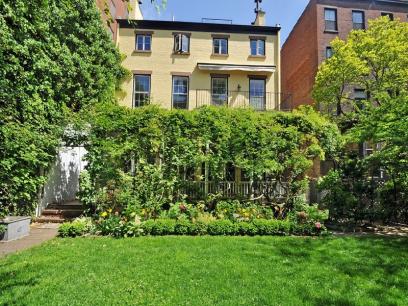 NY Daily News: With 11 fireplaces, parking for four cars, a mural copied from the Kennedy White House, a back porch and a garden like something out of a Southern estate, the Brooklyn Heights mansion is touted as the finest house in the borough’s finest neighborhood. “It’s like living in a country estate in the middle of New York City,” said Karen Heyman, the Sotheby’s broker selling the property. “It takes your breath away the minute you walk in.”

Built in 1839 and now in the hands of a media entrepreneur, the house was owned in the 1950s by Broadway art director Oliver Smith, who designed the famous sets for “Guys and Dolls” and “West Side Story.” Capote said he got Smith blitzed on martinis to persuade his friend to rent him the house’s garden apartment from 1955 to 1965.

There, amid the grand Greek Revival columns and crystal chandeliers, the eccentric writer dreamed up iconic New York party girl Holly Golightly from “Breakfast at Tiffany’s.” He also wrote “In Cold Blood,” his famous “nonfiction” novel, at the mansion.

Eighteen million dollars would be a record for Brooklyn, but barely a sneeze in Manhattan, where Madonna recently paid $40 million for a 57-foot-wide Georgian home with a two-car garage on E. 81st St. 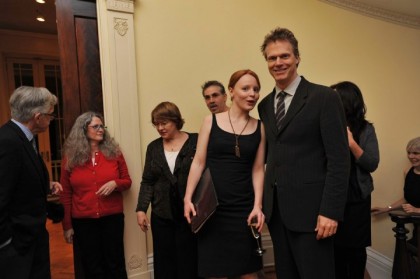 70 Willow Street is a stop on Homer Fink’s Hidden Brooklyn Heights Walking Tour presented by MyHomeBrooklyn. Tickets are available now for this Saturday’s (5/15/10) tour at Eventbrite.

Who Would You Like to See Profiled on BHB?
Flowers Blowin’ in the Wind