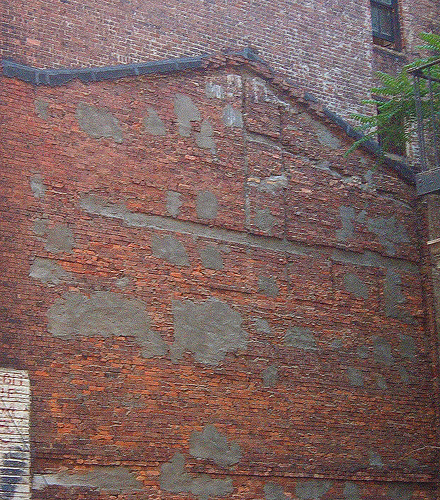 The new owners of the vacant lot at 73 Pineapple Street will face the NYC Landmark Preservation Commission at its next session on August 7.  They will be seeking approval to construct a "new five story building" on the property. As previously reported, owner Deepak Raj promises to build a "contemporary" structure on the land designed by Alex Nussbaumer of AEN Architects.  The Brooklyn Heights Association is on record as "embracing" the new building's intended style. The hearing on the property was laid over in June.

Also on the docket — adding lights to a portion of the Brooklyn Bridge and an application to alter the facade and porch at 52 Livingston Street.

Obama on the Promenade?
DJ Party at Pool Lady Sunday