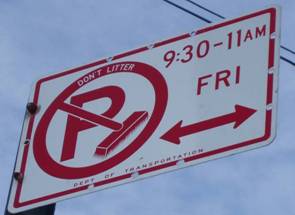 Just received word that starting September 14, alternate-side parking regulations will go back into effect in the Brooklyn Heights area, following a nine-week suspension as new signs were installed.

Starting September 8, however, the small area south of Joralemon Street and north of Atlantic Avenue (but not including those two streets) will have alternate-side regulations suspended for their own six to eight week replacement period.

Like last time, the new suspension area only includes the no parking signs that have a broom. Regular no parking signs and parking meter regulations will still be in effect during the process. 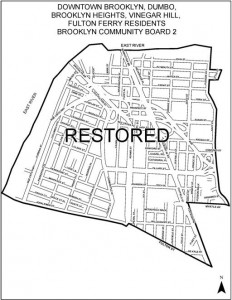 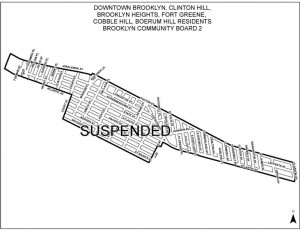