Movies filming in Brooklyn and specifically Brooklyn Heights is a great thing.  You can’t dispute the fact that the classic image of Cher walking down Cranberry Street in Moonstruck will forever be etched in the minds of romantics across the globe.

On Tuesday, a real life Conrad Birdie – Twilight’s Robert Pattinson – will be here shooting his new flick Remember Me.  It’s already taken Cobble Hill by storm and we’re not expecting any less of his fans here.

If you’re planning on stalking errr watching the filming, tweet us your photos [@bkheightsblog @brooklynbugle] or upload them to the BHB Photo Club on Flickr.

And now the bad news – parking  or the lack thereof is going to be a nightmare.  Details after the jump.

Here are the basics:

Residents with any other issues may call the Production Office as well. 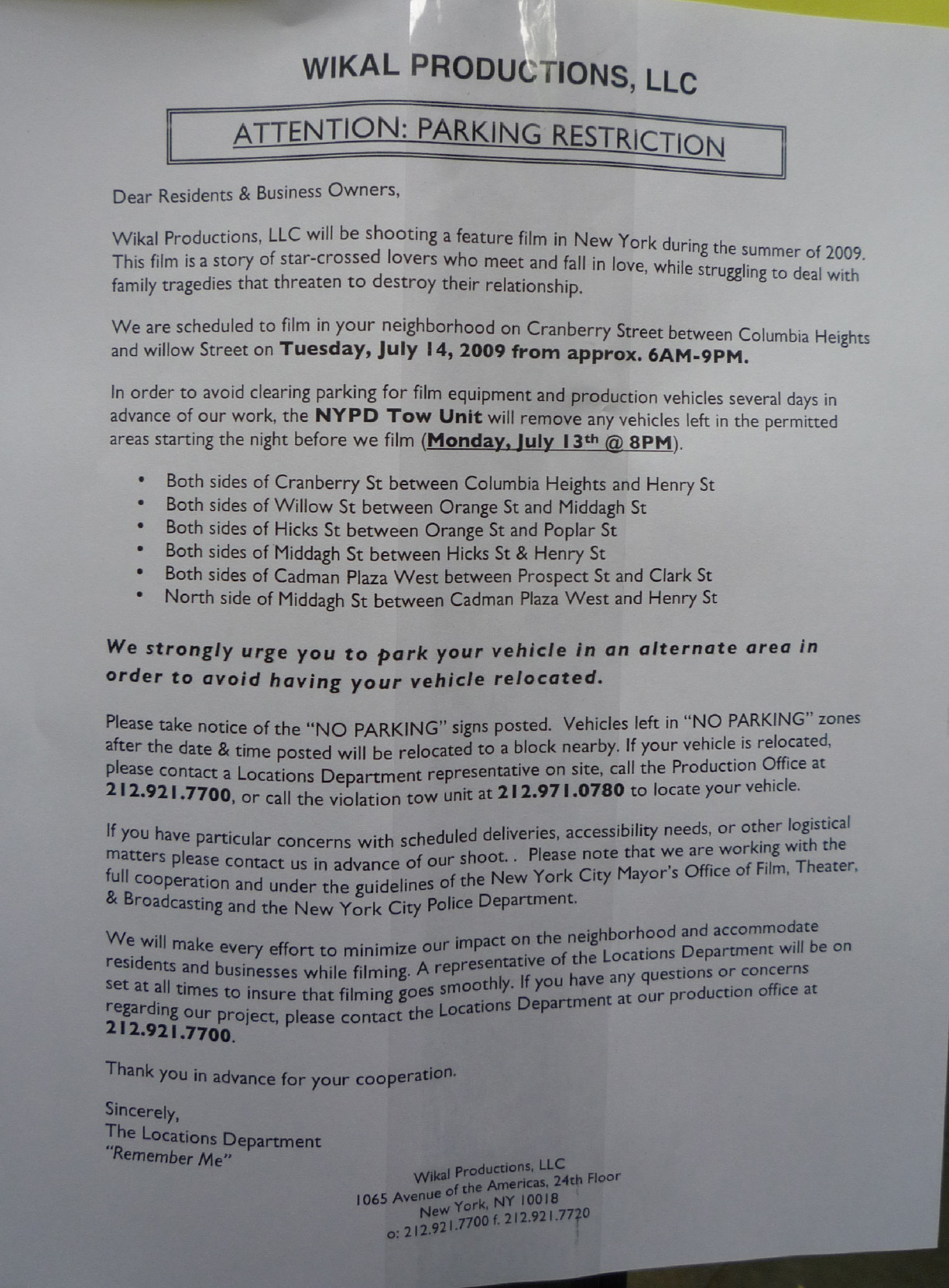