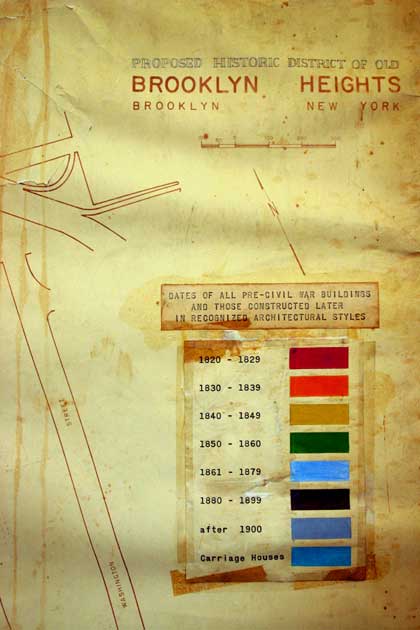 We attended last week's opening of the Brooklyn Historical Society's new exhibit Landmark and Legacy: Brooklyn Heights and the Preservation Movement in America. The highlight for us was seeing Heights Hero Otis Pearsall give a speech about how he began (along with his wife) the effort to create the Brooklyn Heights Landmark District. In an odd parallel to the generational shift going on in the Heights today, Pearsall recalled that he and his young peers at the time did not identify with the older, more staid members of the Brooklyn Heights Association. As a result he formed Community Conservation and Improvement Council–CCIC (Kick) with an immediate goal of stopping the creation of the new Cadman Plaza. CCIC and BHA would later join forces.

Today's Brooklyn Record and Brownstoner have wonderful coverage of the exhibits.