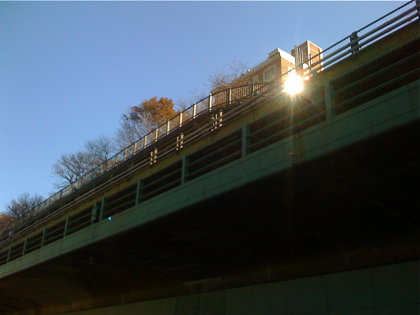 On Tuesday night, state Transportation Department engineers officially kicked off the two-decade reconstruction project of a 1.5-mile stretch of the Brooklyn-Queens Expressway that stretches from Sands Street to Atlantic Avenue and underneath our own Promenade.

The project will cost $295 million, with 80 percent of funding largely coming from the federal government and 20 percent from the state, said DOT spokesman Adam Levine.

Shovels won’t go into the ground until 2020 — yes, 2020, and not 2018 like engineers estimated last October — but project planning starts now, project manager Peter King told the 50 or so stakeholders who attended the meeting at Polytechnic University. Loosely quoting Churchill, he said, “We are nearing the end of the beginning.” (The timeline is available here.)

We’re getting a copy of the full Power Point presentation and will post it for you on Wednesday, but in the meantime, here are some highlights:

The agency set up a project Web site, where they will post “comprehensive minutes” form each meeting and regular updates at https://www.nysdot.gov/bqedowntownbrooklyn. The next public meeting will be on June 22 at Polytech in Downtown Brooklyn.