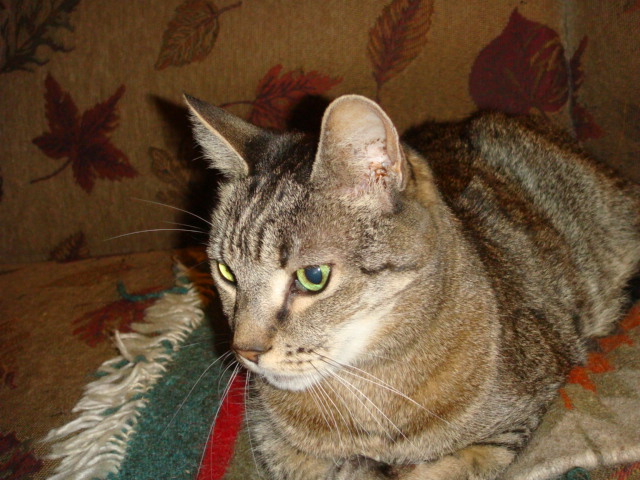 Ernie Salvi served as groundskeeper at First Presbyterian Church on Henry Street for thirty years until his recent retirement.  His health failing, Salvi’s about to move into a care facility in Manhattan and his two cats need homes.  “He is a really wonderful person, and we’re so impressed with how positive and upbeat this man is, despite his situation,” said Dorothy Sherman, Director of the Brooklyn Bridge Animal Rescue Coalition, which is trying to find homes for Salvi’s two kitties, Gray-cha and Orange-cha, before he moves in mid-May. Salvi says Gray-cha was “born under a boxwood in a back garden on Henry Street” 14 years ago, and while he’s shy at first, he warms up fast into a “love bug.” 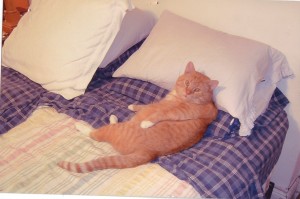 Orange-cha “arrived in the winter during a snow storm” four years ago, Salvi says, “a small kitten with a big face and was looking in the window, hungry and cold and I gave him something to eat and he stayed to grow up to be 20 pounds of love.”

Anybody who’s got some room for an “orange blob” and a “cuddle butt” can contact the Brooklyn Bridge Animal Welfare Coalition at BrooklynBridgeAnimals@yahoo.com or 718-360-9918.