If you’ve noticed that the doors have been dark at Heights Prime Meats on Clark St. since last week and wondered what happened, BHB is sad to report that the neighborhood stalwart has shut down for good. After much hand-ringing and asking around the neighborhood over the past week, we finally tracked down owner Frank Ferrigno who confirmed the news. 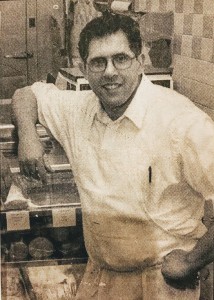 Frank opened HPM in 1995 and has worked there since, along with his brother Tony. “In business for 24 years,” he said wistfully. Asked why he was shutting down, Frank gave many reasons. “When the scaffolding went up five years ago and stayed up for over two years, the business declined and never really picked up again. But the rent kept going up year after year. First it was three percent a year and the landlord raised it to five percent, and it just kept compounding. I watched as Tazza closed and then the pet store, all on the same block. And then to hear that the subway station may be closing for a year, I just couldn’t keep it up anymore.” 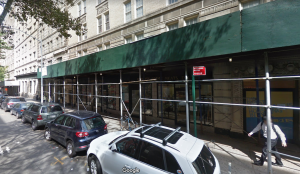 What about Rolando, the friendly employee behind the counter who was loved by customers? Frank said that he helped Rolando find another job before closing. Asked how he was feeling about shutting the business, Frank said, “I feel sad, but I’m trying to get stuff together and sorting out the next step. I feel bad about how sudden the decision was and wish it could have been done differently. I’ll really miss the regular customers, they know who they are.”

Tracy Zamot, otherwise known to regular readers as “Mrs. Fink,” was one of those faithful customers. So much so that she alerted BHB readers back in 2010 that no one should panic, the shop’s phone was on the fritz, and provided an alternate phone number to place holiday orders. Needless to say, Mrs. Fink is heartbroken and said, “The staff at HPM exemplified the family vibe I’ve always loved about the neighborhood. Perhaps it goes without saying that they were my day-to-day go to and offered so much more than supermarket packaged meats. They not only took my holiday orders year after year, but offered help in prepping – say stuffing a leg of lamb and spice-rubbing ham, using my own recipes and specifications. Their sense of humor whenever I needed to add or change an order was always appreciated. I will miss them so.”

So will the neighborhood.

Movies With A View Returns This Week
Open Thread Wednesday