Our very own Anne Levin of Brooklyn Bridge Animal Welfare Coalition and the Brooklyn Cat Cafe sprang into action Tuesday to save an injured, stranded cat on the BQE, reports the Daily News.

After learning about the cat from from an animal rescue Facebook post, Levin made her way to the highway where the cat was crouched under the Promenade.

“New York drivers were shockingly polite,” she told the News. “Usually, they stop and honk. Everyone went around us.” 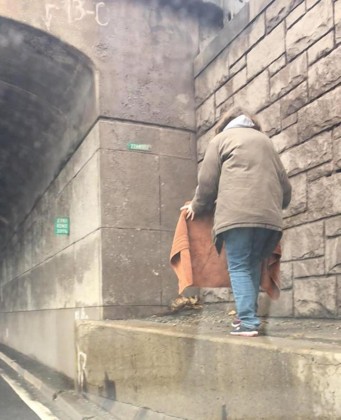 BBAWC has taken responsibility for the cat, now named Suzy Q, who is being treated for a broken tail. It will be put up for adoption after it’s had a chance to recupterate in a foster home.

You can donate to the Cat Cafe or BBAWC at their websites, and follow their social media accounts:

Read the full story at the News.