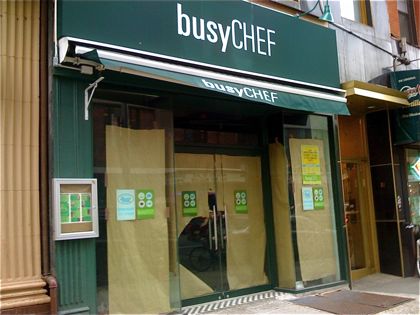 The former Busy Chef hotspot at 111 Court St. has been rented to a new tenant, and looks like someone might be moving in shortly. Renovation and construction work has started, and building permits were issued on March 16.

But building owner Abe Gerges — who is also the King County acting administrative judge — would not disclose who signed the lease or what type of establishment it will be, saying only, “They will announce it when they are ready.”

The estimated $155,000 in renovations includes new walls, plumbing fixtures and a new mechanical system, according to Buildings Department records.

UPDATE: Gerges also adds that disgraced Busy Chef owner Alan Young will not be involved in the new enterprise. And also that the restaurant’s PR team won’t let Gerges talk about what’s coming, but a big announcement will come soon.
That said, the permits also say “no change in use,” so we can anticipate another food establishment to the spot.

We’ll stay on top of this developing story, but in the meantime, does anyone know what’s coming in?